Well it’s been more than a couple of weeks, but I wanted to wait until I had something interesting to write. Not sure if I will. First off, I want to tell everyone, that my fight is no longer in January and has been moved to the spring. I’ll either be fighting in March or April. That is up to Battlefield and my coaches. The reason the fight was moved was for documentary production reasons, but really it is a blessing in disguise. It gives me a couple more months to prepare. God knows I need it.

It has been a grind to say the least. I sometimes come home from training and wonder what the hell am I doing? I’m not a mixed martial artist. I look at the guys in my gym who are dedicated to this and want to take it as far as they can, and I feel like I’m inferior, or I don’t belong. The guys have been great at West Coast BJJ and the coaches have been amazing. I am truly blessed to have such great coaches and a gym full of guys who have taken me on as a project. I’m a science experiment and sometimes I think I’m crazy for doing this. Never mind I don’t think, I know. I’m crazy.

I was at a local show here in Coquitlam, BC called West Coast Promotions “Seeing Red.” It was cool, I sat cage side and watched these warriors go into the cage and beat the hell out of each other. It hit me like a kick to the body. There were some nerves that were boiling up in my stomach. I thought, in a few months I will be in a cage and doing exactly what these guys are doing. It’s a combination of nerves and excitement. Don’t get me wrong, I want to do this, but there is always that voice in the back of my head going, you’re 33, you have a family, and a wonderful life, what are you doing? You could get hurt.

Besides writing for MMASucka.com, I now write for Sun Media which distributes newspapers across Canada. Here in Vancouver it’s the 24HRS. I have a weekly column called MMASucka Monday in the Sports section. I know shameless plug, but the reason I bring it up is that it reminds me that I’m doing this experiment for a reason. I am seeing first hand what it takes physically and mentally for these extraordinary athletes. I am doing what most “journalists” will never do. I use the word “journalist” loosely because I don’t like calling myself that.

I don’t like calling myself a fighter either. I’m still going to class and getting beat up. The other day one of coaches Jason Gagnon told me that a white belt is a belt of survival. Mentally I’m at an impasse. I feel like I’m not getting better. I’m finding that I’m always defending. A month ago I was talking about how my weight plateaued. Now I feel my “skills” or learning curve has as well. I’m finding myself getting extremely frustrated. Speaking of weight, I am now 167lbs. When I started doing this I was 205lbs. My goal is 155lbs. I will have to cut to that, but I’m going to make sure that it’s an easy cut and nothing more than 5lbs.

I am in the process of changing up my training days. It’s nice now because Liana (wife) is no longer taking dance classes in the New Year. So I can now do Monday, Tuesday, Thursday, Sunday in December and hopefully I can add Saturday in the new year. I was going to boxing on Saturdays but that has been canceled for the rest of 2010.  I loved my Saturday class and I hope it’s back soon.

By the way I can’t say this enough, if you are looking to get into BJJ or MMA, whether that be for getting into shape and learning some new skills, or maybe you’re interested in competing one day, go and find a school. Find a school that is a good fit for you. Do some research. I recommend West Coast BJJ. The coaches are top notch, and the guys that train there are all class. You won’t feel like a loser on your first day. Don Whitefield has done a great job with these schools. They have one in Abbotsford, Maple Ridge, Port Coquitlam, and Vancouver. Check out their website for all the information. Just get out there and train, you’ll feel so much better. It beats going running on a treadmill like a hamster.

I haven’t been doing yoga, and I need to get back on the yoga train. I will give Monday Yoga a go again. One thing I have been doing is jogging. I have also started going to the gym. Going to the gym has been a pain. I seem to go when the rest of Port Coquitlam decides to go, because it’s always super busy. It sucks to have to wait for equipment; it adds twenty to thirty minutes to my night. I’m going to see if I can switch things up.

The documentary is going well. There was a bit of a hiccup with the production, mostly differences on creative direction. I won’t go into details, but it has all been worked out. I am so lucky to have West Coast BJJ and Van West Films. Honestly I can’t say enough good things about Jacek and Shelley at Van West. They have had to deal with me on an ongoing basis. My moods can change like the wind. I also like control and sometimes when I get something in my head, I go for it and I forget that I have a team behind me. So from now on, I just have to trust the people around me. That includes everyone. The good news is that there is a certain Canadian network that is interested in this doc. and so it will not just fall into film festivals. It has been a blast to film. It is raw, gritty and I’m really looking forward to seeing how it all turns out.

I just want to say that I am so proud of my wife. She has been on a health kick lately. She has completely changed her eating habits and has been doing a great job. I don’t want to brag and say I was her inspiration, but she has been doing very well. You have no idea how awesome it is to have a partner that is on the same wavelength as you and eats the same as you. We are good for each other that way; we stay accountable to each other. I have a pretty rad support system.

I still live a busy life. It has been a real challenge still finding balance with my training and everything else. I’m looking forward to the Christmas break. I will still be training, but I get a week off work. It will be nice to sleep in.

Well, not much more to say. A lot of people have wanted to check out my mouth guard and ask me where I got it. I’m so fortunate to have a great sponsor in Klench Kustom Mouthguards. Scott at Klench is the man. He is a rock star. If you want a custom mouth guard and you live in Canada, go to Dominant Ground.com. There you can buy a kit. You take a couple impressions of your mouth in a mold. It’s super easy. After you send it to Klench Kustom with what you want on it and what color. Go to DominantGround.com and check it out. If you live in the USA contact Scott at Klench. They are reasonably priced and they will protect your mouth. Sure beats boil and bites. 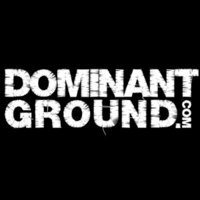 A big shout out to Reign Full Contact, West Coast BJJ,DominantGround.com, VanWest Films, Klench Kustom Mouthguards,BattlefieldFL and most of all, all my friends, family and supporters. Please keep the encouragement coming. I really appreciate your emails and facebook messages. All those companies I mentioned above, support me and most of all they support fighters. So check them out because your support helps everyone. Merry Christmas to you all!

Remember one thing, we are all very fortunate to be where we are in life. Remember that LOVE is the reason for the season. Go and give back to your community, friends and family. That is what Christmas is all about. Talk to you after the holidays.