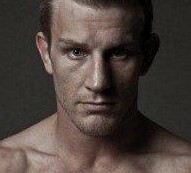 When I’m not ranting in my #Just Saying… pieces here on MMASucka.com, I like to do interesting interviews. One fighter that I have been following closely is John “The Natural” Alessio. I was privileged to have a little chit chat with who I believe is one of the best MMA professional athletes to ever come out of Canada. He has been anointed by some as the second best welterweight to come out of The “Great White North” that isn’t named George. Like his fights, John doesn’t hold back with interviews.

CM: I have to ask, you have been married for a year now, Is the honeymoon period over? Are you ready to move on from marriage? Hang it up? Hehehe… Sorry I didn’t want to ask you the proverbial small chat question of how is marriage life treating you. Oh wait… I just did. The reason I ask is because you seem to fight everywhere. You’re like a Samurai Ronin.

JA: LOL… Well the married life has been treating me great thanks! I do have an amazing wife and I feel very blessed. My wife is very supportive of what I do, I know it’s not your typical job but it’s my life, my dream and how I make a living and she understands that; even when the fights are getting close and I tend to get a little irritable and short at times. She is also a great cook and really helps me in that way too.

CM: Okay let’s get the next question out of the way. You turned down the UFC last year because you were committed to a welterweight tournament at Ultimate Glory in Belgium. I agree a contract is a contract. Obviously, it was just bad timing. I remember interviewing you last year and you said you were confident that the UFC would come calling again. So I’m going to ask the question without even asking it. See how I did that?

JA: This question again! hahahaha… I’m always ready for that UFC phone call, with now dropping to lightweight I think it could happen soon, I believe with a few good wins you will see me back in the Octagon and I hope to put that belt around my waist in a few years time if not sooner.

CM: Whoa…whoa…hang on. Hold the phone! You are dropping to lightweight? Did I just hear you correctly? No more welterweight division for you?

JA: No worries. Well as of right now my upcoming fight will be my last fight in the welterweight division, I am actually really excited about dropping to lightweight where I believe I can make a huge impact. But I can never say never to a fight at welterweight but I think I will suit the lightweight division much better.

CM: Yeah let’s talk about that upcoming fight for a second. You have a fight coming up on August 20th for Superior Cage Combat 2 in Las Vegas, Nevada. It’s against a guy named Spiritwolf. I looked him up. He’s had a…ummm…how do you say, up and down professional career thus far? Are you ready for The Spiritwolf?

JA: Listen Spiritwolf might not have the best record but the guy is tough! I have to respect his power and his strength, he loves to get into brawls and he’s a strong guy. With that being said I believe I’m the more technical fighter with more ways to win this fight. Winning this fight is very important for me and I’m not underestimating him at all! I am very much focused and have put in lots of work for this fight.

CM: You had a very impressive seven fight winning streak. Nothing new to you because I remember earlier in your career I think you went on a five or six fight win streak. None the less you looked dominant finishing all seven of those fights either by submission or TKO. There was a lot of momentum or hype circulating around you. You made it to the semi finals of the welterweight tournament at Ultimate Glory 13. You fought a guy whose name I’m not even going to try and pronounce or spell. On paper this was a guy who you were supposed to beat. What happened?

JA: Oh man… I was very frustrated with the result of that fight, mostly because I knew I should have pulled out of the fight. What happened was I sustained the worst injury of my long career just 12 days prior to the fight. I had zero core strength due to the severity of the injury and I couldn’t even train. Why I thought I could compete was just so stupid of me. I was stubborn and refused to pull out even when people around me told me not to fight. Lesson learned. Next time I will listen. I worked so hard for that 7 fight win streak. But I will move on.

CM: You say the people around you asked you to pull out. Are “those people” still the great trainers and fighters at Xtreme Couture down there in the desert?

JA: Yeah, I still do most of my training at Xtreme Couture with my trainers Gil Martinez for boxing, Ray Sefo for kickboxing, Jake Bonacci for my strength and conditioning. Although I go to Robert Drysdale’s gym for my jiu-jitsu cause I believe he’s the best on the ground.

CM: I would say so. I have seen Drysdale compete in MMA. In fact he has a pretty bright future when it comes to the sport. I have seen all his fights at Armageddon Fighting Championships in Victoria, BC. That guy is so slick on the ground. I’ve enjoyed watching his progress and evolution into a pure MMA fighter.

JA: I know! Rob is an amazing grappler and amazing coach! I’ve had the honour of cornering him a few times.

CM: You have been labeled as one of the best guys to ever come out of Canada. Your home province is BC where there is another kid starting to make waves in the UFC’s welterweight division. Your thoughts on what you have seen out of the young Rory MacDonald?

JA: Rory McDonald is a tough kid, he’s exciting to watch fight, I strongly believe that he can be the future of that weight class. I really mean that. Rory is incredibly strong minded; which is a huge advantage in this sport. He is extremely gifted.

CM:  Let’s get back to you for a second. You have put out over 40 fights. Sherdog has you at 31-14-0. You have competed in the WEC, UFC, PRIDE, DREAM, MFC, and I’m sure in some obscure parking lot at Denny’s.  You have been around this business for a long time. You are only 32 years old, that’s not old yet because I’m 33 and I know. After this fight with The Spiritwolf, you are looking to re-invent yourself with a drop to 155lbs. Do you feel that the weight change will prolong your career?

JA: Hahaha… thanks. Yes I have had a long career, but I feel young and my body is doing just fine.  I have been blessed with a career that has seen little injuries (knock on wood!) so I’m ready and motivated to get in another 20 or 30 fights. What can I say I love my job! This is actually my first official move to another weight class; I have spent almost my whole career at 170 lbs with exception to some early fights in my career where there weren’t really any weight classes yet in place. A good example is when I fought Egan Inoue, I was 167lbs and he was 205 come fight time.

CM: Geez. Those were the good ol’ days huh? Thank goodness for regulation. So when you do win another twenty or thirty fights, retire as UFC Lightweight Champion, and all-around good guy in the sport, what will you do? Maybe train your son to be the next great Alessio?

JA: For sure, when I decide to finally hang up my gloves I will be opening my own gym and training fighters. This Sport is what I put my whole life into, so I want to pass down my knowledge to my own fighters and make champions one day. I am also working on getting into the whole acting thing as well like other fighters have been doing. If everything goes well you might actually see me in a movie in the soon.

CM: Movies… nice. Just as long as you choose your parts carefully, nobody wants to see another “Death Warrior” or “Never Surrender.” I recommend that show “Game of Thrones” on HBO, I could see you wielding a sword kicking ass and taking names. John, it has been a pleasure as always. You are a true class act.  I know everyone is keeping their eyes on you. Maybe the fans atMMASucka.com and MMA fans everywhere can start petitioning to see your lightweight debut possibly in December in Toronto at UFC 140. Make it a Canadian homecoming. I want to see it.

JA: Thanks!  I appreciate that.

John Alessio’s next fight is August 20th at Superior Cage Combat 2 in Las Vegas, Nevada. If he beats Spiritwolf, I think the UFC needs to step up and bring this talented warrior back to the Octagon for another kick at the can. He is too talented to be overlooked any longer.

Corner Man brought to you by DominantGround.com – Great MMA clothing and gear at great prices.