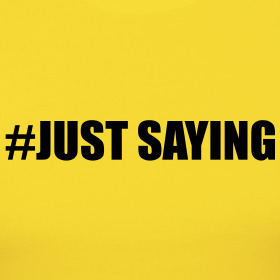 I don’t want to toot my own horn, but I’m going to toot it because, I’m “bleeping” excited and apparently psychic too. Read Lesnar vs. Overeem News here.

A while back I responded to the whole Alistair Overeem being released from Strikeforce news as a precursor to Overeem signing a big deal with the UFC and that his first opponent would be Brock Lesnar. Read here for proof. Okay I had no inside knowledge, it was purely a guess and some well thought out match making business. I smelt it immediately, and apparently the UFC smelt it too. $$

Some of you thought I was smoking something. Although that might be true, I was indeed right. I don’t want to come off as a cocky “son of a gun,” what the heck is a “son of a gun” anyway? Who coined that phrase and what does it really mean?

Anyway, I don’t want to come off as arrogant, but I just want to take a minute to gloat. You know you would do it too. Okay done. Act like you have done it before right? That’s what Don Cherry says.

Instead let’s talk about the Lesnar vs. Overeem match up on December 30th in Las Vegas. BAD FOR LESNAR! First off, I love Brock Lesnar. I think he brought a je ne sais quoi to the heavyweight division when it desperately needed it. For those that don’t speak french, sorry but I’m Canadian and I must include some french in my rants. It’s the law. Bien? Just read about Air Canada and the 7-UP law suit. Silliness.

In some ways I found it ironic that the UFC put a bit of a muzzle on Lesnar after UFC 100. I mean Dana White is allowed to say whatever he wants and he has no problems with other UFC athletes or color commentators spitting out gay slurs, or other politically incorrect statements. Not that I’m for political correctness. But looking back I still find it odd.

Lesnar slammed some sponsors, but that will go down as a classic moment in UFC history. Since that time we got the PG rated version of Lesnar.

Some of that change in Lesnar might have had to do with going through a near death experience with diverticulitis; I’m sure that would give anyone a whole new lease on life. However, I think that edginess that Lesnar had when he first broke into the UFC is what helped fuel the behemoth.

Recently Cain Velasquez exposed what some people already saw as a hole in Lesnar’s game. Throw some fast, accurate hard strikes and Lesnar turtles. The big man has a tough time against technical strikers. Hey did you know that Overeem is the K1 Champ?

Unfortunately after the Velasquez fight, Lesnar was sidelined again with diverticulitis but this time he went under the knife to fix it. Luckily he made a speedy recovery that made doctors go WTF?

Recently we got to see Lesnar in great condition in an ammunition video.

Maybe Lesnar is the meaning behind “son of a gun!” Any man who can kill squirrels and gophers with ammunition that is bigger than those varmints has to be in peak physical condition. What better way to get rid of small rodents than with an M60 or Gatling Gun. Makes me want to say “Yippie-Kay-Yay Mother Fucker.”

Brock Lesnar kills the horses that Overeem eats. This is a great match up. Unfortunately not so much for Lesnar, especially coming off surgery. You have to give it to Brock and his handlers (whoever those crazy circus bastards are) they do not turn down fights. Brock doesn’t duck anyone. You have to admire that. It will be to his detriment. At least Lesnar will go out on his shield or ummm…sword? (Insert over done joke about the sword on his chest looking like a shlong.)

Brock has a couple of months to become a better striker. I don’t see that happening. However, I do hear that he will be calling in Chuck Norris to help him on some ancient top secret technique called the roundhouse kick. Ssshhh… top secret. Hey you didn’t know that Chuck Norris recently won the Tour De France on a stationary bike? It’s true.

I think there are two pretty obvious game plans going into this match up.  Overeem will try and keep it standing, Lesnar will charge like a Grizzly bear and try and take “The Reem” down for a spanking.

I’m going to make my prediction right now: Overeem in the first round. TKO.

Like mini wheats – the adult in me is saying Overeem, but the kid in me wants Lesnar to win.

I’ll stick to this prediction and I’m sure that once it happens I will go back to this rant and say… I told you again. Feel free to become a Corner Man disciple because I turn the water I walk on into wine.

I know why Overeem took this fight in a heart beat and signed on the dotted line. I bet he  gets a percentage of PPV dollars. Duh. Why not enter the UFC with a bang and some big coin. Lesnar and Overeem will probably shatter the UFC PPV dollar record. This is what this whole thing was about. Cha Ching for everyone involved.

I TOLD YOU SO!

Oh by the way this was brought to you by the Letter A, Number 10 and DominantGround.com. Check them out and buy all the cool MMA gear and clothing you like. I highly recommend them. I will go one step further… type in JUSTSAYING (all caps) for a promo code and they will give you an extra 10% off. Just an added little gift for those that actually read this part.