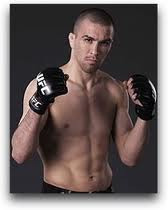 Josh Neer had been away from the UFC and he plans to stay there for a long time to come. In his first fight back under the UFC banner in almost two years, Neer returned with a victory tonight over Keith Wisniewski via TKO (doctor’s stoppage after Round 2).

Following his fight, Neer speaks to MMASucka.com about the victory, how happy he is to be back in the UFC, how he is done at lightweight and will now fight only as welterweight.