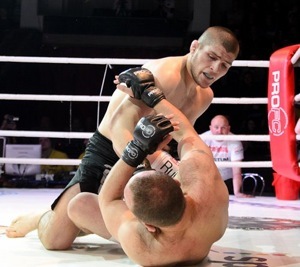 UFC officials announced another match-up for the first ever UFC on FX broadcast, which will be live on Jan. 20, 2012, from the Bridgestone Arena in Nashville, Tennessee.

Shalorus has not fought since March 19 at UFC 128, where he suffered the first loss of his career at the hands (and knees) of Jim Miller. The former WEC contender will look to regain steam in the lightweigh division.

Nurmagomedov is an amazing 16-0 with only 4 of those wins going to the judges scorecards. The undefeated lightweight has just recently signed a six-fight deal with the UFC and will look to make a run at the lightweight title.