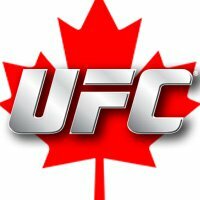 UFC Canada’s Community initiative held an anti-bullying event at the Skydome in Toronto today, inviting middle and high school students from around the province, including Toronto’s notoriously rough Jane/Finch area to deliver a message of anti-bullying and believing in yourself.

After Ferraro’s opening statement, Wright took the floor to stress the importance of community involvement and promoting the UFC’s Community initiatives. I was a little disappointed as I thought this was leading to a rallying cry to have the NBC comedy “Community” renewed, but my disappointment soon faded as the fighters took the stage.

A pre-taped video from Mayor Rob Ford who was obviously reading off cue cards was roundly booed as the event began, but the kids in attendance lit up when Sam Stout took the stage with a Toronto police sergeant. Stout, Pierson and Hominick all sent the kids home with a message of anti-bullying, the act of making hard and unpopular decisions, and following your passion in life.

The star of the day was clearly Matt Mitrione. The heavyweight was a truly magnetic speaker, even as he joked about having to check his smartphone for his notes. His story of his initial failure to get through high school, his college football highs and lows and stop-start relationship with the NFL gripped the room and carried a powerful message of believing in yourself.

The athletes stayed after the event to sign autographs and take pictures with every youngster that wanted one; and during the fracas I managed to sneak a few words with Mark Hominick about his fight Saturday against “The Korean Zombie” Chan Sung Jung.

On fighting Chan Sung Jung after both of them campaigning for the fight on twitter:

Hominick: “I want to be in the fights than the fans want to see and the ufc wants to see. It’s definitely a fan friendly fight. It’s always nice when you’re both amped up and it’s a fight you both wanted.”

On whether jung has abandoned his wild brawling to become more technical:

Hominick: “I agree that he’s not just fighting for the fans now. when he first came in, he had such a reputation of being this all-out brawler that will go through anything in the battle, and he paid the price in the KO loss to George Roop. He came back and showed that he’s a true mixed martial artist with skills everywhere and that’s the Chan Sung Jung I’m expecting on saturday night. I’m expecting him to mix it up, not just to come out there and brawl. His strength is the submission game and that’s the gameplan I think you’ll see him come with.”

His reaction when he saw Jung pull out the twister on Garcia:

Hominick: “It was amazing. He won the submission of the year at the MMA awards, so it’s definitely a memorable fight. All the hoopla around the Korean Zombie, he’s got a lot of hype coming in and that submission win really solidified his spot as a true MMA fighter.”

On whether there’s anything he can learn from George Roop’s win over Jung:

Hominick: “The thing with MMA is that every match-up is so different. Everybody has their own strengths and just because one fighter beat another fighter it doesn’t mean it’s going to go vice versa. There’s so many elements in MMA, so many different dimensions. I’m just expecting the best out of nthe Korean Zombie.”

On being back at Skydome after his thrilling UFC 129 performance:

Hominick: “Just seeing this building, it’s an iconic piece for Toronto and Canada. Being here does bring back memories of 129, I want to carry that mantle from that last fight into this fight and succeed.”

On having to carry on the legacy of Shawn Tompkins:

Hominick: “It’s weird how a tragedy brings people together and this has really brought our bond a lot closer together. The guys at Team Tompkins have to lean on each other now, we’re missing our leader now and we’ve got to pick up a piece of his leadership to carry on his legacy. We’re all very motivated to do so.”