Mixed martial arts organizations pop up every day, but Invicta FC is different to your typical grass roots organization – They have a unique all-female concept.

Tonight they kicked off the journey with their first event, top-to-bottom those in attendance in Municipal hall in Kansas City got an action-packed evening in various shapes, forms and fashions capped off with former Strikeforce bantamweight queen Marloes  Coenen returning to her winning ways defeating Romy Ruyssen for the second time.

In 2012 women’s MMA is in a delicate state, the best place for females in the industry to earn a living in Strikeforce, the only problem with that is their future looks bleak – Since Zuffa, LLC, the parent company of the Ultimate Fighting Championship purchase Strikeforce there has been a cloud of doubt over the sister-organization.

Over the past year and change since Strikeforce was gobbled up the UFC has acquired most of their top names and when this year comes to a close it’s doubtful whether or not Showtime will look to re-up their deal.

For Gilbert Melendez, Luke Rockhold and the remainder of the cream of the crop male talent in the organization it will be good news but it will also leave a crop of talented females on the unemployment line.

Invicta FC’s Founder & CEO Shannon Knapp is dedicated to finding a home for these girls and any other female’s game enough to put on a pair of gloves, put in a mouth guard and step into the Kansas-based organizations cage.

But don’t be fooled, she’s not new to this industry, Knapp has been in the face-punching management game for twelve years and worked with Strikeforce and the UFC before opting to go out on her own.

Knapp is hardly the first to promote all-female events though, MMA bouts for women can be traced back to Ladies Legends Pro Wrestling ‘shoot fighting’ Ultimate L-1 challenge tournament in 1995, since then notable organizations like Smackgirl, Pro Elite, Bellator and the aforementioned Strikeforce, amongst others have promoted WMMA.

Whether or not Invicta FC becomes a staple of the MMA scene and the home for women to perfect their craft on a regular basis comes down to one thing – Whether or not they can secure a television deal.

For their first event they streamed the eleven-bout bill start-to-finish for free on their website, according to their twitter feed over 100,000 people tuned in front across the globe to watch their debut effort.

Without a television platform supporting it and giving away their events for free over the internet their life expectancy would be small but at this stage I would expect them to be with two possible homes before their second event – HDNet or Showtime.

HDNet have been dedicated to bringing the best non-Zuffa fights for MMA and kickboxing over the past few years and have nabbed up a bunch of organizations to put their shows on their network, some great, others not so much.

Showtime on the other hand have only housed Strikeforce but they have  had success promoting MMA on their network and it has pushed to get them a fair chunk of their subscribers, with their future with Zuffa in doubt they could look to jump into bed with Knapp, figuratively that is.

856,000 flocked to Showtime for their most heavily promoted female bout with Gina Carano and Cristiane “Cyborg” Santos, couple that with the existing relationship with Knapp from her time working with Strikeforce and we might have a match made in heaven.

Right now, as women’s MMA, especially in North America is in its early stages it is promoting towards a niche market but over time, Invicta FC could become a great place for girls to make money and give girls opportunities usually reserved for men.

When they return to the airwaves on July 28 with their already announced featured main event of their follow-up event as 2004 Olympic silver medalist Sara McMann tests her skills against submission ace Shayna Baszler I would expect them to have a new home and be taking a giant leap in the right direction for women’s MMA. 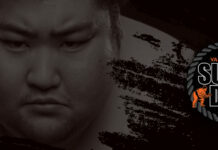