The announcement was made on the promotion’s official Facebook page.
ONE FC 4: Destiny of Warriors takes place June 23rd at the Stadium Negara in Kuala Lumpur, Malaysia. The entire card is expected to stream online, although nothing is official yet.

One of Korea’s hottest prospects, Bae Young Kwon is currently riding on a 3-fight winning streak that includes victories over Kyung Ho Kang, Brian Choi and HonorioBanario. His win over Banario came at the organization’s‘Battle of Heroes’ event, that went down in February earlier this year. He marked that promotional debut, with a Rear-Naked-Choke submission win in the 1st round.

Kwon now fights for the 2nd time this year, and has only gone the distance twice in his Mixed Martial Arts career. He has only been finished once, in all of his 9 pro MMA bouts.

Eric Kelly, meanwhile, made his promotional debut at the organization’s first inaugural event, by upsetting Evolve MMA’s Mitch Chilson. The Filipino is the reigning URCC Featherweight Champion, and has finished all of his opponents in his 6 pro MMA bouts.

Fighting for the first time in 8 months, Kelly has been training with Team Muayfit, alongside the likes of Peter Davis and Arnaud Lepont.

Davis and Lepont are also scheduled to compete on the ‘Destiny of Warriors’ card, against Quek Kim Hock and Eddie Ng respectively. 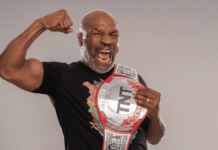