A lot has been said in recent times about the resurgence Chael Sonnen had on his career, transforming from a fighter that couldn’t hold a candle to Jeremy Horn into the top-contender and biggest money making rival to UFC’s middleweight king Anderson Silva.

But a lot can be said about his nutritionist Mike Dolce doing much of the same, in a completely different fashion.

Dolce fought professionally over a four year run compiling a  5-10 record and having a forgettable stint on The Ultimate Fighter, but today he’s the author of three books and helping some of the best athletes in this sport get down to their desired weight come fight day.

One of his more high profile fighters is the aforementioned Sonnen, who unsuccessfully challenged for the UFC middleweight title again last weekend after talking up a storm and building a must-watch atmosphere around the world, especially in Las Vegas.

“It was absolutely overwhelming, the amount of people in town, this truly was international fight week –Everywhere you went it was about the UFC and about MMA so that surrounding the event and the competition between Anderson Silva and Chael Sonnen was mind blowing, a great experience and a real honor to be a part of in my small way” he says.

Similar to their first meeting at UFC 117 early on the wrestling of the challenger proved to be a real problem for the pound-for-pound king being dominated in the opening frame before being finishing in the second frame.

“After the fight he said ‘I know I lost, but I’m still better than that guy’ and I agree, just on these two nights he wasn’t and we respect that and appreciate that but he’ll certainly be back” He told MMASucka.com.

The win did not come without controversy though, before the fight began Sonnen had applied Vaseline to his chest and during the fight he pulled the shorts to prevent a takedown attempt as well, but Sonnen’s camp are just looking to move on past this situation.

“Well, the fans are the best judges on the planet, we’re all fans and we have our opinions and the majority of our opinions are correct, regardless of what you do it your life fans are pretty darn educated on this sport so if you look at the criteria and look at the NSAC rules there were a few infractions you could say but that’s not what we’re focused on, we’re focused on the next fight moving forward,”

He went on “It’s a fight, punches, knees and kicks are thrown and sometimes it’s not thrown to the letter or the law, we know it and we get it but we’re moving forward with it and we want the next fight, we’re not looking back to that fight because they are gonna have to fight again, quite possibly or he’s gonna have to fight someone else, that’s certainly Chael’s feeling, that’s my feeling”

For the entire interview be sure to check out the latest edition of MMASucka Radio with Tapout Radio’s Crooklyn and Dary McBride that can be found here. 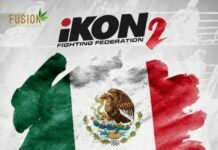 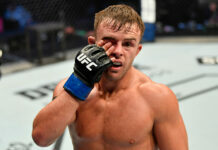 Cody Stamann Reportedly Out of Fight with Merab Dvalishvili 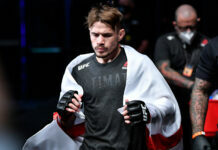