UFC is titling their sixth installment of the FUEL TV events UFC Macao. The event is scheduled for November 10 at the Venetian Macao Resort Hotel’s CotaiArena in the People’s Republic of China. 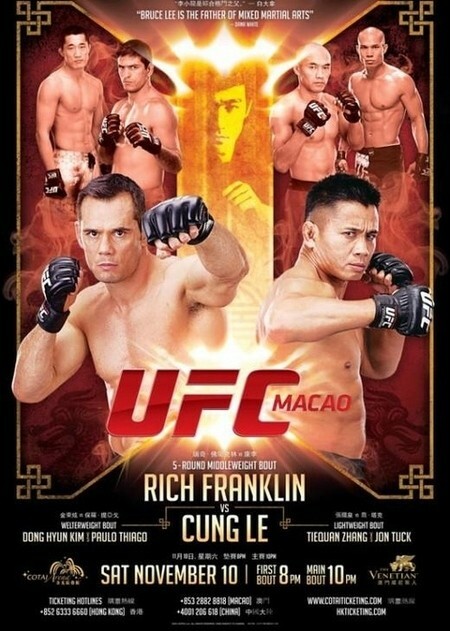