I remember the first time I saw a young Chris Horodecki (18-4-1) fight. It was on an IFL card back in 2006 and the first thing I thought was wow that kid looks like he had to produce a fake ID to get into the building, but holy crap can he fight. I started following his career as he kept putting wins together and became one of the most talked about young fighters in Canada. A lot of people believed that it was just a matter of time before the UFC would be calling.

At 25 years old and 23 fights later “The Polish Hammer” still continues to battle towards the dream of one day fighting in the big show. When I got to talk to Chris on MMASucka Radio this week, it was like talking to a wily veteran of the game, yet you forget that this guy is still young and is about to enter the prime of his career. 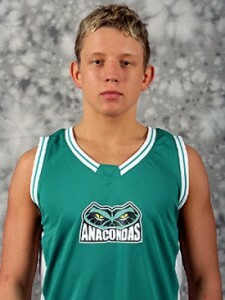 I started out at 17 years old; I had my first pro fight when I was still in high school. When I first started my career, I won my first 11 or 12 fights and I had ups and downs. Just like any fighter in the sport, you’ve got to take the highs and the lows and keep moving forward. It’s kind of cliché, but it’s like they say in Rocky, ‘ It’s not how much you get hit, but how much you get hit and keep moving forward.’ I’ve had a great career; I’ve fought for the big shows. I fought for IFL, TKO (which was the biggest show in Canada at that time), WEC, Bellator, I’ve been all around the block.

One of the fighters that Chris and many other Canadians look up to is George St. Pierre. In a recent interview GSP mentioned that at one point in his career he lost the love for the game and had to rediscover the passion. For Horodecki, the fervor for the sport runs deep and although the fight game can be a grind, there is no love loss.

I’m so passionate about what I do and I’ve been doing martial arts my whole life. I know this is what I want to do. I went to school to be a paramedic full-time and at the same time juggling a career in the IFL. I was in class and falling asleep because I was up training twice and then up all night doing homework. When you’re sitting in class and all you are thinking about is fighting then you know that’s all you want to do. Now, I’m very privileged and blessed to be able to have my own gym with Mark Hominick and Sam Stout at the Adrenaline Training Center that Shawn Tompkins left us before he went to the states. This is my full time job. I fight, I teach, I train and I coach.

It’s definitely a full time schedule for the Poland born Canadian and you wonder if the last few years have been about avoiding burn out and not getting stuck in a rut. The real challenge for Horodecki has been his battle with inconsistency and it is something that he hasn’t allowed to frustrate him.

Losing motivates me more than anything. A loss sucks, so you work harder to fill those gaps and improve your weaknesses. You hope to never taste a loss again. The level of competition goes up every fight. I had a little bit of misfortune, but this is the fight game. Sam Stout has been in the UFC consistently for the past 6 years and he’ll win and lose, but as long as you’re performing or getting better that’s all that matters. You got to keep growing as a fighter and keep chasing the top.

Since 2008, it’s been two steps forward and one step back for the London, Ontario resident and although he talks about losses fueling him to get better, a change of scenery was also needed. Since the death of friend and Coach Shawn Thompkins, Chris has felt a void. Although he has had his close friends at Adrenaline Training Center helping and supporting him, it was time to look outside of the box to find someone who could help recreate Horodecki 2.0.

Last year was hell for me; I lost a close friend of mine who I grew up with, I lost a trainer who was like a father figure to me. It’s been a whirlwind year. Losing a trainer is one thing, but losing Shawn was devastating. I’m motivated now and I’m in a good place mentally. I’ve changed things up and I’ve been training at Tristar in Montreal. I’m training with Firas Zahabi, Eric O’Keefe, Jonathan Chaimberg and the crew over there. It’s good and it’s exactly what I need. I’m fresh, I’m motivated, and I’m excited to get back to where I was.

Moving to Tristar for training camp was probably not a terribly difficult decision for Horodecki. It was a chance for renewal and put the difficulties of the last couple of years behind him. Albert Einstein use to say, ‘In the middle of difficulty lies opportunity.’

I just needed to get out of my comfort zone. One of the benefits of when Shawn was alive was getting to train with him in Las Vegas. It was unfortunate that he wasn’t here on a day-to-day basis, but come camp I spent 6 or 7 weeks in Las Vegas. I could focus and bite down and put all of my energy into my training. Basically, being at home it’s great, I’ve got my girls here; I’ve got my own gym, but you’ve got to get out of that comfort zone and Eric O’Keefe (Firas’ right hand man) opened the door for me. After Shawn had passed, he said the door was always open for the transition phase. He was very respectful the way he approached me and not trying to overstep his boundaries and I’m very appreciative for what Eric did for me and hooking up with a good crew and getting back that focus and momentum.

The re-creation of Horodecki starts this Friday at The Score Fighting Series in Sarnia, Ontario. Chris is set to face Brad Cardinal (16-8) in the Main Event at a catch weight of 150lbs. It’s not only a main event fight, but it’s a chance to enact some revenge. Back in 2011 Cardinal defeated Team Adrenaline stand out Jesse Gross via rear naked choke. The controversy stems from the fact that the Quebec referee that night inexplicably stopped the fight for no apparent reason. Gross never tapped out and suffered his first loss in his young professional career. Horodecki not only wants the win for himself but also for his Team Adrenaline teammates.

I definitely want to get that redemption for Jesse. I know that Jesse was chomping at the bit hoping to get that rematch. Hopefully, when he wins his fight on Friday on the main card of the Score show he can take on what’s left over of Brad Cardinal.

Chris has faced some stiff competition before, but he is ready to go to war with Cardinal and show that he is ready for a new chapter in his MMA career.

He’s very durable and that’s something I’ve got to watch, He’s been in wars and he can stand there with anybody. I’ll be ready to go to war with him, but his reach is something to worry about and his back game is definitely his strong point. There’s no secret on what he’s going to want to do, but I’m 100% the better striker, I know he’s improved, but he’s not on my level.

The polish kid from London, Ontario that impressed so many during his early days, is still growing in the sport. You can’t call him a kid anymore. Instead he is “The Polish Hammer” looking to rebuild and re-establish himself as one of Canada’s top fighters. There is a lot to be excited about for Horodecki. He has decided to make his home in the 145lbs division. He has surrounded himself with some of the best coaches in mixed martial arts. With a new lease on life, new training regiment, and support from all his family and friends, the second coming will be a painful realization for future opponents.

You can see Horodecki in action this Friday night on The Score in Canada or on AXS TV in the United States. Follow Chris Horodecki @chrishorodecki. If you live in the London, Ontario area and you want to train, check out the Adrenaline Training Center.