What are you going to do with your weekend? If you’re a blood-thirsty fight fanatic with an unapologetic love for violence like this guy, you can either drop $11.99 a minute to call Ken Shamrock and talk about beating up girls that look like dudes, or you can watch some fights.

Even with the Ultimate Fighting Championship’s absence we have a weekend loaded with action from all corners of the globe.

India’s top fight league has gathered steam in recent times with an action-packed event earlier this year, aside from the main event that features Michael Page and Hatham Tantawy with a pair of fights under their belt it’s comprised completely of MMA debutants.

Bellator returns to Casino Rama in Rama, Ontario, Canada with an event capped off with two semi-final tournament bouts with Richard Hale meeting Thiago Santos in the heavyweight ranks and Mike Richman facing Shahbulat Shamhalaev in the featherweight field. 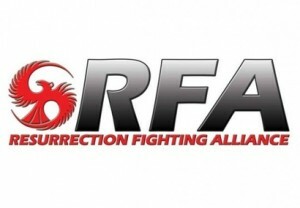 Despite losing their heavyweight main event with heavy slugger Gilbert Yvel meeting Marcio Cruz it remains my most interesting card of the weekend. Main evented with UFC cast-offs Efrain Escudero and Tyson Griffin it also has a bunch of prospects including Chidi Njokuani, Sergio Pettis and the debut of 2008 Olympian Steve Mocco.

Side note: This promotion’s serving a good purpose as a regional mixed martial arts promotion with a blend of prospects and names but seriously, unless you have zombies change your damn organization name.

World Series of Fighting’s promotional debut will either serve as the first step in giving us another viable fight promotion on NBC Sports or will be a source of mockery as the next great trainwreck promotion.

Yup, a promotion named Cage. The Finnish promotion are one of the top MMA organizations in Finland, this one capped off with one of their best 135-pound prospects Timo-Juhani Hirvikangas with his toughest test to date in Olivier Pastor for their bantamweight champion.