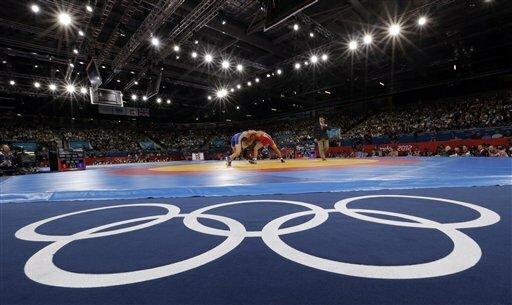 On Tuesday, February 12 news broke that the International Olympic Committee had opted to drop amateur wrestling from the Olympic Games, effective 2020.

It was news which shocked the wrestling community. Combat sports fans from all different disciplines banned together via social media to interact about their shock and disbelief at the decision. Wrestling is one of the world’s oldest sports and an Olympic Games without them seems unfathomable.

But not everybody was surprised by the news. 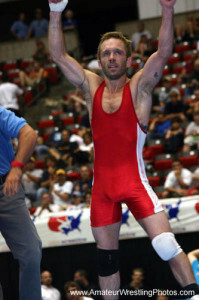 Eric Akin, a former two-time Olympic alternate, 1999 World Team Member, and silver medalist at the 2000 World Cup, who won silver at the world championships, showed no surprise at the decision. As he puts it, the decision has been a long time coming.

The IOC said they were fed up with the controversies at FILA. They’ve been warning FILA for 3 Olympics. In 2008, the Greco-Roman wrestler threw his bronze medal across the arena at the awards ceremony. It was because he took two raw calls, two Olympics in a row. He can’t come back.

The wrestler Akin is citing is Ara Abrahamian, a Swedish born grappler. Abrahamian disagreed with a call made by the referee in his semi-final bout, which caused him to lose the match. Abrahamian was quoted as saying that FILA “does not play fair” while his coach, Leo Myllari, went on to say “it’s all politics”.

This, of course, does not prove that FILA is corrupt or that any foul play was used. Calls are disagreed on all the time, and those on the losing end often argue conspiracy.

However, it does seem rather odd that in the wake of the IOC announcement, FILA has done nothing to counter the decision. It is unfathomable that the worldwide governing body of wrestling was unaware that such a situation was going to take place. Their sole purpose is to make sure things of this nature don’t take place.

Even with no conspiracy involved, there have been many situations throughout the year which leave things open to interpretation.

Perhaps the most interesting and compelling of these stories belongs to Cary Kolat. He had controversial matches overturned at both the 1997 and 1999 World Championships, before the same thing happened to him at the 2000 Summer Olympics.

As the story goes, in the 1997 World Championships, Iranian Abbas Hajd Kenari untied his shoe out of the referee’s sight, before calling a timeout to re-tie the shoe, successfully nullifying an advantage for Kolat.

In the 1999 World Championships, Kolat won a match 4-2 against Mohammad Talaei before an official protest forced a rematch, won by Talaei. There are, of course, no protests allowed in a rematch.

I just put the ice bag on his shoulder and popped 4 ibuprofen in his mouth. He was so happy. Finally made it to the finals of the world. (Coach) John Smith opens the doors and tells us they had protested. He was in pain and I had to help him put his pants back on.

The seemingly free use of protests with no criteria in undoubtedly questionable. It leaves those in charge of the event to pick and choose which protests they accept and which to ignore, taking the power out of the grapplers hands.

I think they’re (the IOC) just fed up with what FILA is done. There have been a lot of bad reports after Olympics. Countries reporting FILA for different controversies. We kind of did it to ourselves because we let FILA control wrestling and everyone was afraid to step up. They just want to play the political game.

Wrestling is a sport that doesn’t have a lot of popularity in some countries. What they started to do brackets they would seed you by having you pull a key chain or a trinket with a number when you step off the scale. They say they do that to let other countries get to the medal matches. So the first weight class will happen and Russia or the US will get three golds. Then their next group of guys will come out and start competing and they’ll get screwed really bad. Their excuse will be “you guys already have three golds, you don’t need another one.” Well that other guy doesn’t care how many his country has. He wants it for himself. They act like it’s something they delegate to countries.

So where does the sport of wrestling go from here? Whether or not wrestling is reinstated as an Olympic sport will have a huge impact on its future. With no Olympics, funding and interest globally is sure to decline. Although the United States will likely survive due to their strong NCAA programs, many other countries will likely fall by the wayside.

What can be done? Akin has a suggestion.