“I gave her advice prior and she knows the advice I gave her. I said ‘don’t let your head get too big.’ Make sure you stay grounded. I watched her at the MMA Awards and she already forgot about that, the advice I gave her on that. I think the advice in general is don’t ever fight Cris Cyborg because you’re going to lose. I like Ronda, I think Ronda’s great for the sport, I think she’s a great champion, but I’ve got to look out for my client and for the things that were said by Ronda about my client Cris were very disrespectful. Cris has taken it very personal now. She says she doesn’t care if she continues winning and keep being a world champion, she could lose her next five or six fights and she still wants to kick her ass and that’s all she cares about. Cyborg said, ‘I’m just going to continue winning and if we fight, we’re going to fight no matter what. No matter what organization it is we are going to fight, because the fans want to see the fight and I want to cave her face in.’ Even if it comes down to fighting in a gym, like here at Punishment Training Center, they’re going to fight each other. I think the fans want to see it and the fans want to watch it and tune in to it.” 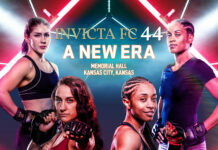