Going 25-1-1 in the sport of MMA is almost impossible in this day and age, however Hector Lombard has only lost once since 2006 and even that was a questionable split decision. Many fans and media members alike thought Lombard edged out Tim Boetsch in their UFC 149 battle. 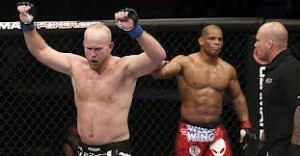 This weekend in Tokyo, Japan, Lombard will square off against one of that country’s best in Yushin Okami. Lombard looked flat in his debut with the organization against Boetsch, however followed up with a devastating knock out of Rousimar Palhares at UFC on FX 6. Lombard spoke with Wes Tomberlin on behalf of MMASucka.com and he has promised fans an exciting fight, so they won’t be disappointed.

“The preparations have been going very good. I’m hoping to come out with a good performance, and don’t disappoint the fans, the people that love me and support me.”

Okami is one of the toughest fighters in the middleweight division and the last man to beat Anderson Silva (even if it was by DQ). Lombard is hoping to have a repeat of his last performance out and a return to form from his pre-UFC days.

“I’m expecting I’m going to come out hard, and to come out with a TKO, and get new fans. I’m hoping to continue with the force that I came into the UFC with, knocking people out.”

If Lombard does get past Okami, he will be riding a two fight winning streak inside the Octagon and could be inching ever so close to a middleweight title shot. He
doesn’t seem to know whether or not he will get one if victorious, however he does have choice words for some of his other fellow middleweights.

“I don’t want to put that pressure on myself. I just want a good day and get one fight at a time and perform, and we’ll see what happens. Mark Munoz. I wanted to beat him up. In like five minutes he was crying like a baby, because he wanted to get the title so bad, and he didn’t get it. He used to be best friends with Anderson Silva, you know, next thing you know he’s like, ‘No, no, let me get the title fight, it’s fine.'”

The American Top Team fighter has been in the fight game for his whole life and professionally since 2004. He has been through some tough battles against the best in the world and prevailed. At the 2000 Sydney Olympics, Lombard competed in Judo as a member of the Cuban Olympic Team. One would think with so many battles on the mat and in the cage his most ferocious battle would have been in competition, but the muscle-heavy fighter gave an interesting answer to his toughest test to date.

“The hardest experience was getting out of a contract. It was a long process. It’s a very tough tough contract. Nothing against the guy (Bjorn Rebney), but I reckon when you tie up people and the people don’t want to fight for you then (you) should let them go. I’m very happy to fight for the UFC now. Know that I have nothing against this guy, like I said before. But it’s like living in a communist country. You want to leave there and they just hold you down, and in one way or another, the people risk their lives to get out. I believe they should be more flexible in the contracts if the fighters aren’t really happy. They just want to reach their goals.

Let me tell you what’s really hard for me. Fighters have a dream, and you have to be an evil person to stop a person’s dream, and stop them to get their goals in life. It’s something that affected me for a long time, and I’m sure that it’s been affecting a lot of fighters, and I’m quite happy to fight in the UFC. I don’t want to go anywhere, and I’m going to do anything that is possible to be in the UFC and provide for my family and continue to fight for the organization, because I don’t want to go anywhere. But then the other way around, you have to fight because they hold you down because you’re under contract and stuff like that. I just feel sad for their fighters. I wish to the people outside (of the UFC) may they be happy, because I feel the pain of a lot of fighters that just want to reach their goals and reach their dreams and they can’t have it.” 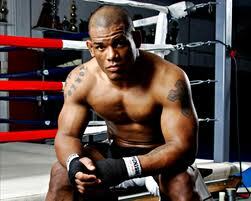 Even though he has called out Mark Munoz and on many occasions made his distaste for Michael Bisping clear, one would think that if Lombard wins against Okami in Japan it sets up a fantastic showdown between him and UFC middleweight champ Silva. Just don’t say that to “Lightning”.

“Don’t put that curse on me. I don’t want to make unrealistic comments like Bisping ‘oh I want this fight and that fight.’ Let’s face it. Anything can happen in the cage. There are only light level guys in the UFC, but I just got to go off my next fight and perform. Hopefully I show up in Japan injury free, and I can put up a beautiful win, and we’ll go from there.”