UFC fighter Travis Browne spoke with MMASucka.com’s Jim Gramm about his upcoming fight this Saturday against Gabriel Gonzaga. Browne is coming into this match-up having lost for the first time in his career to current number one contender Antonio “Bigfoot” Silva. Browne explains what happened in that fight; where he suffered an injury that lead to his loss.

“I threw a front kick, something I’ve done a thousand times before and I put a little too much on it, missed and I just popped my hamstring.”

Unlike most losses, Browne didn’t really learn much from the loss because of injury, but has learned to accept that.

Even though he lost to Silva, Browne was very supportive and approving of the Brazilian’s shot at the title coming up in May.

“I hope the best for him and hopes he wins the belt and takes it home with him. You can’t count him out, everyone has counted him out since he came to the UFC and look what he’s done.” 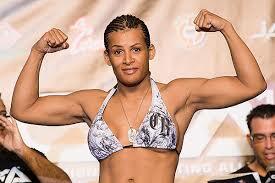 With the recent news of Matt Mitrione’s suspension from the UFC following comments about Fallon Fox, I asked what Browne thought of the transgendered fighter.

“When it comes to Fallon Fox I have my opinion and I am going to keep it to myself. I think the only people that are making Fallon Fox relevant in the sport is the media and the fact she is a transgendered fighter. I would like to see her get notoriety based on her athletic ability and going out there and proving herself in the cage instead of a lot of people having their comments and opinions about her.”

After a few months of rehab on his hamstring  Browne is back and ready to fight Gonzaga.

“I gotta fight my fight and get off first, just win the fight wherever it goes and win every minute of every round. I’m always looking for the finish and just keep him [Gonzaga] guessing and keep him honest.”

You can listen to the entire interview with Travis Browne HERE and catch every episode of “Beyond the Cage” podcast HERE.