When Maximum Fighting Championships President Mark Pavelich was on MMASucka Radio to promote one of his MFC events he made a comment that didn’t sit well with some of Canada’s MMA promoters, especially Aggression Fighting Championships owner Darren Owen. Pavelich claimed that his under cards were better than most main cards in Canada. 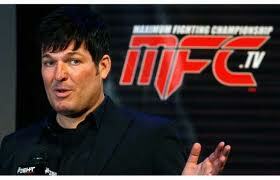 I’m trying not to be derogatory, but my under card is 99.9% better than any other show in Canada’s main card. You go check other people’s cards in Canada and it looks like guys who flunked out of the MFC are now part of their show. It’s guys who flunked out or didn’t win titles here, and all of that stuff. That’s fine and all, but I’m building something here that is going to be long lasting. That’s why I went out and signed top guys like Mike Hackert, and Graham Spencer. There was a purpose behind that. I’m trying to build something and get into British Columbia and have those type of guys with such character on my roster to fight in B.C.

The usually mild mannered Owen, who is situated in Victoria, British Columbia, had a rebuttal.  He was so ticked off with Pavelich’s statement that he commented below the story where the quote could be found. The story was in regards to the new British Columbia Athletic Commissioner being appointed, and how Mark Pavelich was going to be opening up shop in Vancouver this year. Darren wrote the following comment:

So according to Mr. Pavelich his undercard of his last Edmonton event MFC 37 of:

Is better than the next AFC’s in Edmonton’s main card of:

Their main card was far inferior; he’s trying to leave Edmonton because he’s getting 700-800 people out to his shows. He can’t compete in his backyard anymore. He’s burnt too many bridges with sponsors, fighters and gyms.

Well obviously that intrigued us here at Sucka. We are always happy when promoters fuel the competitive fires, in fact, we encourage it. So we decided it was the perfect time to bring Darren Owen on MMASucka Radio to talk about his upcoming AFC 18: Mayhem card (This Sunday, May 19 at the Bear Mountain Arena in Victoria, British Columbia) Of course we had to ask him his thoughts and feelings on Mark Pavelich and the MFC. First we asked him about Pavelich claiming he will be bringing his promotion to British Columbia this year.

He’s also going to the US and many other places which he’s never actually followed through with. Also Brandon, Manitoba…remember he was going there…how did that work? What happened with that?

Touché Mr. Owen. You can’t really argue with him on that one. Pavelich has been beating the drum of moving out of Edmonton for a long time now. Yet Darren didn’t stop there. When asked about his rebuttal on MMASucka regarding Mr. Pavelich’s claim of a MFC under card being more superior than anyone else’s main card in Canada, Owen didn’t hold back on his feelings regarding that subject either. 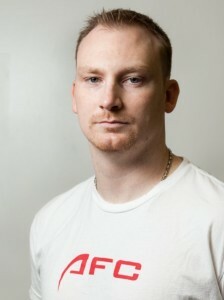 The guy is delusional – I don’t have the names in front of me but his undercard was and no disrespect to any of the guys who fight MMA anywhere, but if you look at the undercard and the level of where those guys are at; kind of mid-tier guys, some guys up and starting. Two brothers who don’t train are fighting each other, yeah that made a lot of sense. There was some good integrity there in the sport and he is trying to say that is better? I compared apples to apples, his Edmonton card to our Edmonton card. We’ve got Ryan Ford, arguably the best fighter in Canada not signed by the UFC fighting the winner of Joel Powell a top 10 welterweight and Michael Hill. We’ve got Jesse Ronson, the number one 155er not signed in the UFC fighting Shane Campbell another 8-1 crazy Muay Thai specialist, our current 155 champ. We’ve got Stephen Beaumont 7-1 versus Brandt Dewsbery 10-2. The card is stacked – The Tim Hague vs. [Kalib] Starnes fight is on there. Sheldon Westcott is fighting on that card and Victor Valimaki vs. Dwayne Lewis. That card is probably better than any card he has ever put on. To try and say his undercard is better than that, I’d love to compare the two full cards. He had Birchak versus Benoit for his main event and have you ever heard of either one of those guys?

I think you can safely say that Darren was also correct in that statement. MMASucka.com won’t take sides, we just like poking the bears, and when we asked about his feelings on Mark Pavelich as a person, Darren Owen decided to let it all out like a sinner in confession.

His lack of respect for everybody else in Canadian MMA is what bugs me. He disrespects the fighters all the time, he disrespects some of the other pioneers who have done this longer than him and have done this with more integrity than him. He will cut anybody’s throat to make a buck in this business, he screwed over almost every one of his sponsors – he has no sponsorship retention. All the sponsors go with him and he screws them over and then they go.

The time I spent in Edmonton hearing stories from all the different fighters in Edmonton, it is ridiculous how many bridges that guy has burnt. I think that is why he’s got to get out of Edmonton; nobody wants to support him, everybody hates him. You continue to disrespect people and fight with people you’re going to run out of fighters to use, gyms to use and sponsors to have. So I hope he doesn’t come to B.C. and screw everything up over here.

For the record Mark Pavelich and the MFC has been good to us here at MMASucka.com so we won’t comment, however, it isn’t the first time we have heard similar statements from people in the Canadian MMA scene regarding the MFC President. Who knows if it is sour grapes, but you can tell that the AFC owner is not a fan of Mr. Pavelich.

The MFC is considered the #1 MMA organization in Canada. How long will that last? Lately the AFC has been putting together some great cards in different parts of the country and as they sign more and more top tier talent, they might actually give the MFC a run for their money. In Darren Owen’s mind, all it comes down to is a television deal.

They have AXS TV, other than that they don’t have anything. If they didn’t have AXS TV he’d have nothing. His live shows don’t draw anywhere near what our live shows draw. People in Canada can’t even watch the MFC live!

The MFC is shown on TSN 2 weeks later, but MMA fans want their fix as it happens, not later. Right now the AFC has some momentum and as more markets throughout Canada open up, it will be interesting to see these two promotions go head-to-head. For now you can watch the AFC shows, including AFC 18:Mayhem this Sunday night, via live stream on GFL.tv or check MMASucka.com for results.

You can listen to Trevor on MMASucka Radio heard weekly on MMASucka.com. Follow him on Twitter @tdueckMMA