There is always somebody cracking jokes about MMA, whether it’s fighters, writers or fans. Some of them are even pretty funny, and we’re going to share with you the three best tweets of the day from fighters, fans, and the media. Today we’ve got Rosi Sexton and Sarah Kaufman discussing Canadian fans, more from the unique mind of Sara McMann, and MMASucka’s Shawn W. Smith discusses “Rampage” Jackson’s TNA Wrestling debut with our Sportsnet’s Adam Martin and our own Trevor Dueck.

@rosisexton I’ve been booed walking to the cage by 12000 Canadians and it was a rush!

#1) Sarah Kaufman helps get the Brit Rosi Sexton pumped up for her debut at UFC 161 in Winnipeg, when she takes on Canada’s Alexis Davis.

Strangest compulsion: tidying up public restrooms… I’m such a weirdo…

#2) You have to a be a very special kind of person to be an Olympic medalist, as Sara McMann continues to show us.

@tdueckmma @mmadammartin I heard he wants to fight at heavyweight. Seems like wrestling might be the way to go if he isn’t going to train. 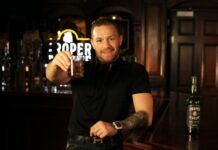 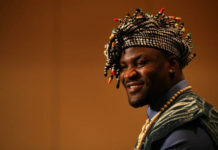