Replacing the injured Esparza against Hamasaki in the Invicta FC 6 co-main event will be undefeated sensation Claudia Gadelha (9-0) of Mossoro, Rio Grande Do Norte Brazil.

The 24-year-old Gadelha’s start will be her first under the Invicta FC banner.  In her last start, she notched a unanimous decision win over Herica Tiburcio on May 11, 2013.

Hamasaki, a 31-year-old submission specialist, has been an unsolvable puzzle in action, thus far.  After reeling off victories in her first seven stars in Japan, she made her debut in the U.S. at Invicta FC 2 last July 28, submitting Lacey Schuckman in the third round (4:45) of action with an armbar.  Hamasaki recorded her latest conquest in on Dec. 15, a unanimous decision over Emi Fujino in a JEWELS-promoted contest in Japan.

The 32-year-old Schneider holds an overall 1-1 record in the Invicta FC cage.  Five of her six-career professional victories have come by way of submission, including her start against Sally Krumdiack at the inaugural Invicta FC event on April 28, 2012, which Schneider won by way of armbar in the first round (3:01).

In the main event of the stacked 13-bout card, ferocious KO artist and pound-for-pound sensation Cris Cyborg (11-1, 1 NC) of Curitiba, Brazil will face off with fellow superstar and submission ace Marloes Coenen (21-5) of The Netherlands in the first-ever Invicta FC world featherweight (145 pounds) championship bout.

The showdown between rivals Cyborg and Coenen marks a highly-anticipated rematch to their explosive, barnburner first fight in Sunrise, Fla. on Jan 30, 2010 in which Cyborg emerged victorious by way of TKO (punches) in the third and final scheduled round (3:40) of action. 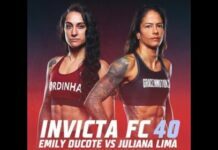 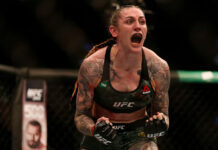