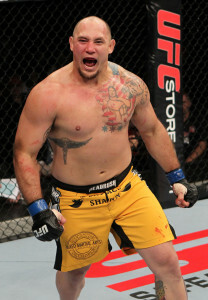 UFC 161 is in the books and the post-fight bonuses have all been doled out.  It was a great night for the up and comers, as UFC debutant James Krause earned dual bonuses in his 3rd round submission victory over Sam Stout, and Shawn Jordan got himself some extra cash with his first round TKO of Pat Barry. The bonuses were as follows.

Shawn Jordan and Sam Stout each took home $50K for their individual bonuses, while Krause banked $100K for both Fight and Submission of the Night honors for his UFC return.