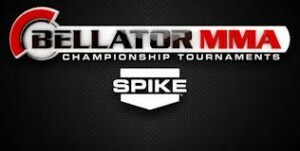 “I’m looking at this opportunity as a blessing,” Martinez said. “Rich is a very qualified and tough guy, but I’m ready. I’ve been training with King Mo and Roy Nelson over the last few months, so I basically went through a normal training camp and haven’t stopped training. This is a huge chance for me, and I’m ready.”

“Ryan’s a huge potential player in our HW division,” Bellator CEO Bjorn Rebney said. “We had him slotted for our next HW tournament, but paid him to be here and make weight as if he was going to fight, just for this reason.  And, his back to back camps with Mo and Roy have him ready for tomorrow night’s fight.

The full fight card for Bellator MMA on Wednesday, June 19th is below: