The sixth installment of Invicta FC went down tonight from Kansas City and it did not disappoint.

The main event was for the inaugural featherweight championship and as many predicted Cris “Cyborg” Santos put in the work and dominated her way to a fourth round TKO victory over Marloes Coenen.

Check them out below.

Knockout of the Night: Miriam Nakamoto

Submission of the Night: Jessica Penne 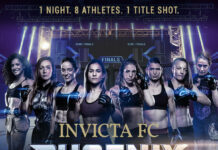 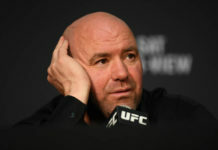