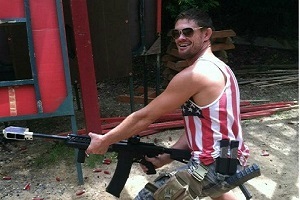 After Spencer Fischer got hurt, the UFC asked the former TUF contestant Daron Cruickshank to face Yves Edwards on short notice and he jumped at the opportunity. MMASucka.com had the opportunity to speak to Cruickshank prior to his bout with Edwards at this weekend’s UFC on FOX 8 event.

I was getting ready for a fight, I didn’t have anything locked down but I knew I was going to be fighting soon. I just had that loss (to Makdessi) and I was bugging Joe Silva to put me in. I want to fight and I wanted to fight soon and as fast as possible and he (Silva) came back with a short notice fight against Yves Edwards. Edwards’ opponent got hurt and I was given that opportunity and I took it.

Despite losing his first fight in the UFC to John Makdessi, in his last fight Cruickshank was able to take something away from that bout to help his career moving forward.

That fight with John Makdessi, I really learned that I have to go after people. I can’ wait for people to come at me and I have to put pressure on people. Makdessi was a defensive fighter and its hard to fight people who don’t come at you.

Even with the fight being on short notice, that fact doesn’t seem to the phase the 28-year-old Cruickshank.

Here’s the thing, I’m an upcoming fighter and that’s really the only way I’m going to have opportunities. Where I’m at, I have to be ready, two-three weeks out and in shape all the time. Cause that’s when the big opportunity is gonna come. I’m not a big name yet, I don’t get six weeks notice that often. Even before the Ultimate Fighter all my fights were three or four weeks notice not even, sometimes two weeks. That’s what made my career, I’m always ready, I’m always training.

In research for this interview, I looked up the last time Cruickshank fought on the FOX prelims which were also in Seattle, and I remember him knocking out Henry Martinez in spectacular fashion. With that kick, I thought Cruickshank was a shoe in for Knockout of the Night. Instead, those honors went to his opponent on Saturday in Edwards for his knockout win over Jeremy Stephens. I asked Cruickshank if that was a factor in him taking this fight.

There’s a story behind it, its good for the news and stuff but I want my money back! The UFC takes care of its guys even if I didn’t that $ 70,000 or whatever it was that night. This fight has the potential to make the KOTN or FOTN or something spectacular. Yves Edwards is, in my eyes is like me but way older. He is real fluent, he puts his hands and feet together and he is good on the ground, he is just an all-around fighter and he’s just got experience on me definitely, he’s an old man.

In arguably the biggest fight of his short 15-fight career, Cruickshank is very aware of what a win over Edwards will do for him.

Its a huge opportunity for me to put my name a little more out there. He is a guy that has been in this sport for so long and I have tremendous respect for him. I think he’s been fighting in the UFC since 2001, I hadn’t even graduated from high school in 2001. I grew up watching him and I’m very thankful for the opportunity the UFC gave me.

Cruickshank will fight Edwards on the prelims of UFC on FOX 8, which will be shown on FX starting at 5pm EST. To catch the full interview with Cruickshank you can listen to it live on this weeks episode of “Beyond the Cage” HERE.