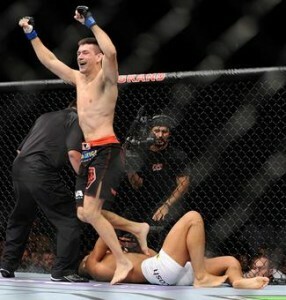 According to sources, MMASucka.com has learned that Demian Maia (18-4) has found a new opponent. According to Globo.com, Jake Shields (28-6-1-1NC) will be Maia’s next fight and instead of it being at UFC 163 next week it will still be in Brazil but not until the Fall. No date has been confirmed but many believe that it could be in October sometime.

Maia was supposed to fight Josh Koscheck next week, but due to an injury to Kos, the Brazilian was without a dance partner and taken off the 163 card.

MMASucka.com will provide more details about when the fight will actually take place in the coming days.