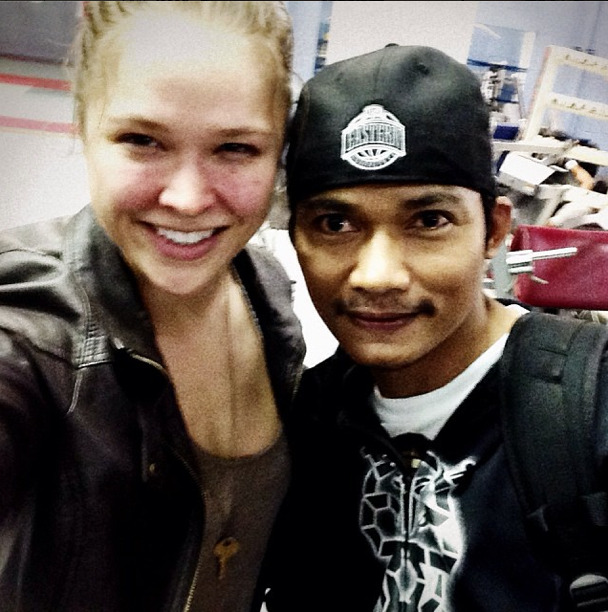 As announced a couple of months back, UFC women’s champ Ronda Rousey has signed on to do a couple of movie gigs. Her most recent role is in the upcoming “Fast 7” movie, which is the seventh installment in the Fast and the Furious series.

Rousey posted the photo above on her official Instagram page and wrote, “Hitting the gym with Tony Jaa :D! #fast7”

According to Variety, ‘Fast 7′ began filming in the fall and will bring back Vin Diesel, Paul Walker, Tyrese Gibson and Dwayne “The Rock” Johnson who were in the previous films.

The face of women’s MMA has wrapped up filming of ‘The Ultimate Fighter 18′ and will next step inside the Octagon on December 28 at UFC 168 from Las Vegas’ MGM Grand Garden Arena.