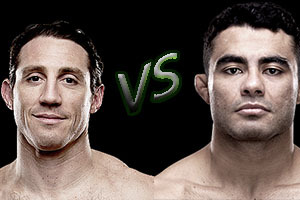 The third instalment of the UFC’s Fight for the Troops takes place this evening at Fort Campbell in Kentucky.

In the main event Tim Kennedy will take on Rafael Natal in a middleweight battle. The women square off in the co-main event as Liz Carmouche fights Alexis Davis.