The final results are in for Bellator MMA’s event live from the WinStar World Casino. The event featured the Bellator Heavyweight, Bantamweight and Middleweight Tournament Finals. Cheick Kongo defeated Peter Graham in the heavyweight final and Joe Warren finished Travis Marx to win the bantamweight final to become the second Bellator fighter to win a tournament in two different weight classes. After finishing all of his opponents throughout the tournament, Brennan Ward defeated Mikkel Parlo to win the middleweight tournament final and a guaranteed title shot. 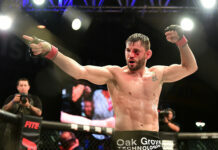 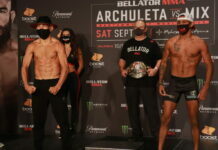