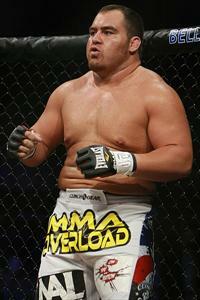 World Series of Fighting is happy to announce the addition of two more fighters to its rapidly growing roster, as both Scott “The Bear” Barrett (13-3) and Valdir Araujo (14-4) have agreed to exclusive, multi-fight deals with the Las Vegas-based promotion.

Both fighters are expected to debut in the World Series of Fighting decagon in early 2014.

“It’s always exciting to ink deals with exciting fighters, and today is no exception,” World Series of Fighting President Ray Sefo said. “Both of these fighters have a history of putting on incredible performances, and I can’t wait to see what they can accomplish in our promotion.”

Heavyweight Barrett is a 29-year-old powerhouse who currently trains with the famed Blackzilians team at Florida’s Jaco Hybrid Training Center. Fighting professionally since 2007, Barrett boasts 10 if his 13 career wins by way of knockout. Nine of those finishes came in the very first round.

“Signing with the WSOF means the world to me,” Barrett said. “Fighting for one of the biggest organizations out there is every fighters goal. Now it’s time to show everyone who I am and what I can do! Being part of the Blackzilians has made me a different and more dangerous fighter. I can’t wait to put it all together and get in the cage. I’m here to put on a show and get finishes!”

Meanwhile, Araujo is a Brazilian native who also currently makes his home in Florida. The reigning welterweight champion of Florida’s Championship Fighting Alliance promotion, Araujo will give up that belt in order to purse World Series of Fighting success.

Araujo owns a well-rounded game, as witnessed by his six knockout wins and five submission victories. His three losses have come to top talent, including a 15-minute outing with current UFC middleweight champion Chris Weidman and a disappointing defeat earlier this year to current World Series of Fighting competitor Marcelo Alfaya, setting up a potential rematch with those two somewhere down the line.

“World Series of Fighting has got a lot of excitement surrounding their welterweight division right now,” said the newly signed Araujo. “I’m honored to be a part of that excitement and show the world that I’m a warrior and champion in this sport.”