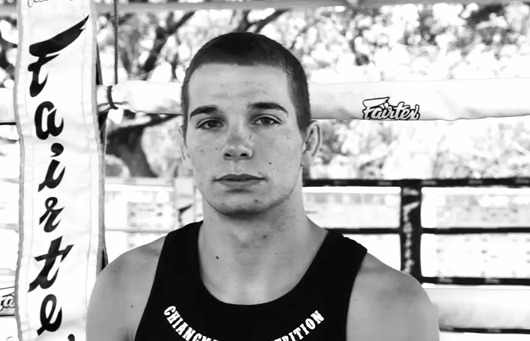 I want to first give my full condolences to the family, close friends and the long time girlfriend of Craig Lilly, who was involved in a much more serious and tragic accident of his own that unfortunately cost him his life earlier this week. We weren’t very close, but I would definitely consider him my friend. This accident proves just how easy a young life can be taken and that there are often no second chances. If there is anything to learn from all of this, it is that life can’t be taken for granted and rather every day is a privilege.Rest In Peace Craig, you will never be forgotten.

I’d like to clear the air in all the details surrounding my accident.

This was my fault and I take full responsibility in the opportunity I lost out on. The weeks leading up to Songkran (The Thai new year, also a giant water fight/party for several days), I was told numerous times from people at my gym who have experienced it before, not to drive my bike due to the increased traffic and reckless driving — as well as the water being thrown from tail gates of moving trucks. I made the stubborn decision to drive anyway, not wanting to walk. The fact of the matter was, I was involved in a hit and run. While going at least 70km/hr someone turned on the same street as me from a side street. He clipped me causing me to turn to sharp to avoid him and I lost control of my bike. Plain and simple, I should not have been driving because the streets were too dangerous and have no one but myself to blame for this price I have to now pay. On the bright side the doctors told my mom, when contacted, that I had god on my shoulders. With the severity of the accident, I should not have survived, let alone come out with no major broken bones. This has taught me not to take anything for granted, as it can all be taken away very fast and very easily.

Unfortunately everything seemed to be falling in to place perfectly in my career and seemed almost too good to be true. However, what’s a success story without a few road bumps, so now this will just give me more fuel to succeed. Everything happens for a reason, fair or not, but I believe I’ll still have my chance at Will Chope, and my big shot will come. I think it’s fair to say that he dodged a bullet (haha). I hope they find a replacement for Chope and I wish him the best of luck.

The final list of injuries of my accident were  –10 stitches in my right ear, 40 stitches under my left eye and 20 above it. As well as a fractured orbital bone and an estimated 100+ stitches across the back of my head with severe road rash along both legs, arms, shoulders, back and hips. This incident has really made me appreciate all the good people I have around me both here in Thailand and back home in Canada supporting me through this and all the messages I received really meant a lot. I’ll be back stronger than ever.

The doctors said I should make a full recovery in 6-weeks. It will be nice to have few good weeks to rest. Most fighters need a loss to get that hunger for a big come back, but I get to stay undefeated with this accident being my loss. I’m already motivated to get back to training hard and getting in the cage again. Now I’ll have lots of down time to focus on the other side of fighting and take the proper amount of time for a full recovery. I am looking at a return to action by the end of June or early July.

Yes, I am a little banged up, but if I was worried about my looks this most likely wouldn’t have been the career I chose in the first place.

I want to thank PRO FC for understanding the circumstances of me pulling out of the fight and I look forward to fighting on their future shows, MMASucka for for giving me the chance to tell my story, ALL of the HUGE support I’ve received during this from everyone back home, my team mates who have helped me with anything I’ve needed the last few days, Adam Caplan who when heard about the accident rushed to three different hospitals to find and stay with me until I was able to come home, and my manager/good friend Joel Bowen for being there and looking out for me during this. 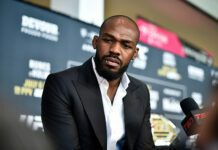