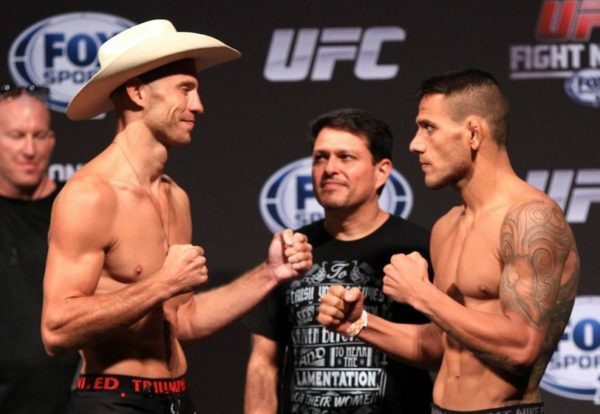 Donald Cerrone appeared to be losing to Edson Barboza in the early stages of the first round.

Barboza was off to a fast start from the get-go, tagging Cerrone with a combination that buckled the Denver, Colorado native.

UFC on FOX 11: Cerrone topples at the start, wins by submission

Soon after, the Brazilian began teeing off with his strikes, seemingly out-pointing Cerrone with ease.

But Cerrone, ever the opportunist, connected with a stiff jab out of nowhere that sent Barboza crashing onto the canvas. That gave the Cerrone the opening he needed to latch onto Barboza’s back, and upon doing so, he duly sunk in a Rear-Naked Choke to force a tap.

It was brilliant comeback victory that sent had fans in attendance into raptures.