UFC 174: What’s next for the main card winners? 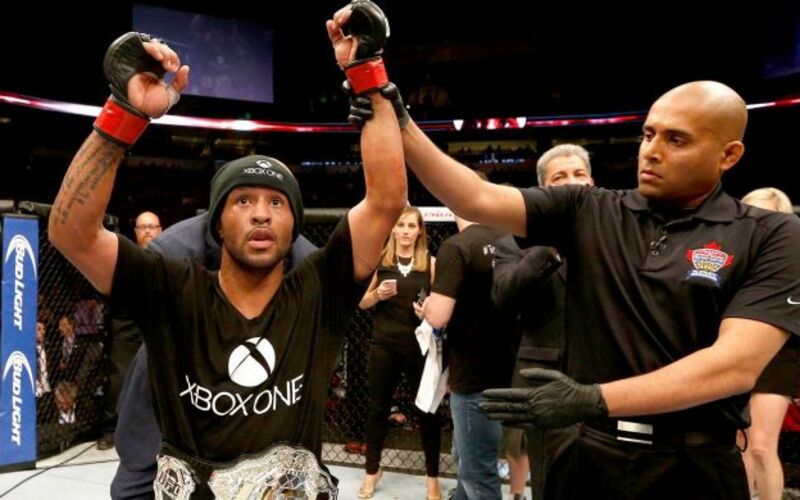 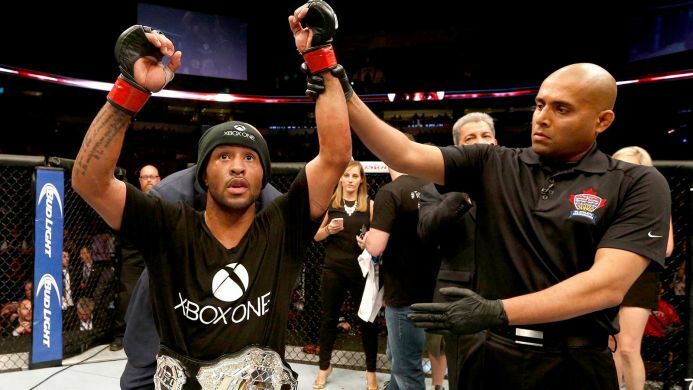 UFC 174 has come and gone and Vancouver fans were not the most respectful when it came to the mixed martial arts game.

The main event was a treat to watch, as UFC Flyweight Champion Demetrious Johnson showed that he continues to get better each and every time he steps inside the Octagon with a unanimous decision victory against Ali Bagautinov.

Rory MacDonald moved one step closer to number one contender status with a dominating performance against Tyron Woodley in the co-main event. “Ares” was able to dictate the pace of the fight and keep Woodley’s back against the cage for nearly the full 15-minutes.

The rest of the fights on the main card were rather lacklustre and had fans booing on occasion.

So with that, it’s that time again where we at MMASucka.com play “matchmaker” and derive match-ups that could materialize for the main card winners. Sitting on the matchmaker’s armchair is no easy task by any standards so if your solutions differ from ours, state them in the comments section below.

While Johnson doesn’t see Dodson as being the man to fight him next, he is the only logical choice at this point. Dodson is ranked at number one in the flyweight division and he has won his last two fights in exciting fashion. He called out the champ after finishing John Moraga and his fight with “Mighty Mouse” was the closest title defense Johnson has had. The flyweight king spoke about Zach Makovsky at the post-fight press conference, stating that there were other talented fighters in the division other than Dodson.

While the UFC rankings don’t necessarily determine who is next in line for the belt, Dodson will likely be the man to get his redemption.

MacDonald is inching himself ever so close to number one contender status, but he is just not there yet. The winner of Matt Brown vs. Robbie Lawler will likely get the next shot at Johny Hendricks’ welterweight title and “Ares” will need to get another win.

He has said he would like to take some time off and recoup before getting back in the cage, so a fight against the winner of Lombard vs. Kim which goes down in August makes the most sense. Lombard and Kim are both on winning streaks and both hold KO power that would make for an exciting fight for MacDonald.

Sitting out and waiting to face the next welterweight champ doesn’t seem like a viable option for MacDonald, so we will likely see him compete sooner.

Who he should fight next: Ovince Saint Preux

During the evening’s post-fight press conference one media member asked OSP if a match against Bader made sense and he said sure. Likewise, Bader agreed the match-up made sense and basically said, lets do it.

Prior to their individual fights on Saturday, Bader was ranked at nine and OSP was at twelve.

With Aaron Simpson at the helm of Bader’s camp he has seemed to progress over the last couple fights and we have seen OSP evolve immensely during his five fight winning streak.

Who he should fight next: Gabriel Gonzaga

The butterflies seemed to overcome Arlovski in his return to the UFC, in fact he said he hadn’t been that nervous since his Octagon debut almost 14-years ago. He promised that his next outing would be memorable for not only the fans, but the UFC brass as well.

While there is no reason to bump him way up the ladder, as his split decision victory over Schaub was a very controversial one, he should still get a stiff test to prove himself.

Gonzaga may be coming off a loss, but he’s ranked on the brink of the top-10 and was on a two-fight winning streak prior to set-back to Stipe Miocic in January. Arlovski and Gonzaga are both at the same point in their career — they are the same age and are trying to once again make a name for themselves under the UFC banner.

Who he should fight next: Ryan Bader