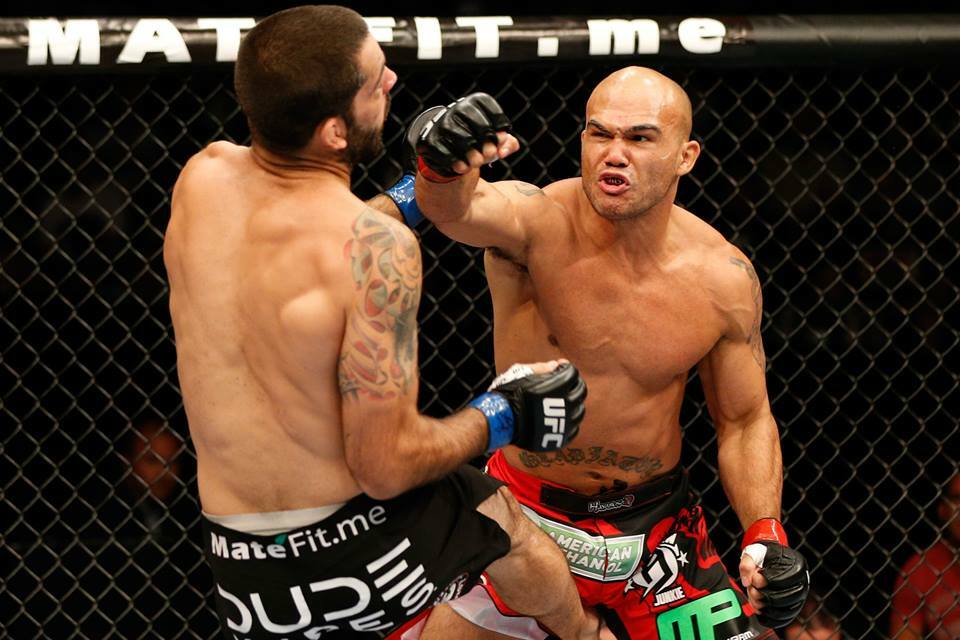 It was dubbed as a possible ‘Fight of the Year’ and it certainly lived up to expectations.

Two of the hottest commodities in the UFC’s Welterweight division were on a collision course, as Robbie Lawler locked horns with Matt Brown in the main event of UFC on FOX 12 for a second shot at Johny Hendricks’ 170-lbs strap.

Lawler worked his vintage Boxing traits to perfection from the get-go, keeping Brown away with right-hook, left uppercut combinations. But just when you thought the fight was going to work in Lawler’s favor, Brown rallied with a big right hand that immediately wobbled Lawler.

It was all rudimentary after that.

A back-and-forth collision ensued, but Brown landed a takedown soon after. He had a D’Arce choke attempt sinked in but Lawler defended it and got back to his feet. With the two up against the fence, Brown tied Lawler up in his classic Muay Thai clinch, sneaking a couple of elbows in for good measure. Lawler, though, responded with a straight left and a knee as they separated.

In the second round, Brown turned it up a notch by working his kicks. He got Lawler down on the canvas but ‘Ruthless’ eventually fought his way back up to his feet.

Brown scurried for a takedown early in the third round, however, Lawler shrugged the attempt away and in the process of doing so, forced a cut on Brown with an elbow. A little controversy surrounded Brown midway through the frame as he prompted the referee to pause the contest after doubling over in pain from a kick by Lawler. Replays, though, showed that Lawler’s kick was legal and was to the mid-section.

Lawler’s Boxing prowess continued in the fourth stanza but his left kicks to the liver were also beginning to find their mark. The round also saw some action on the canvas, as Brown was forced to work off his back for a bit, with Lawler establishing control in top position.

In the fifth and final round, the fight was on once again. Brown began to heat things up by mixing punches and kicks together, whilst pushing the pace rapidly. Lawler threw another kick and backed Brown up with punches, but Brown was relentless and connected with a straight right of his own.