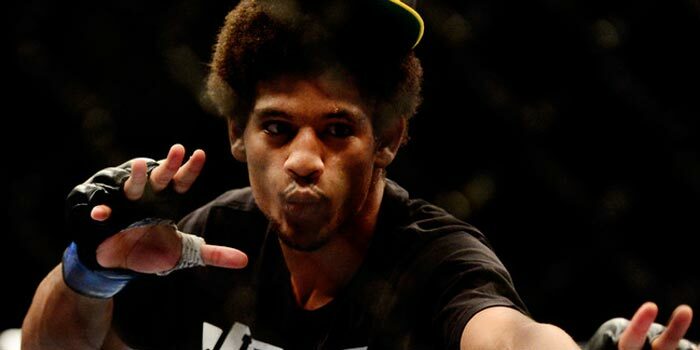 An injury has forced Urijah Faber from his UFC Fight Night 52 match-up against Masenori Kanehara and Alex Caceres will step in to take his place.

Caceres (10-6, 1NC) is coming off a loss to Faber at UFC 175, which was his first in five fights. After starting his UFC career 1-3, he then went on an outstanding 4-0, 1NC run, with a big submission victory against Sergio Pettis at UFC on FOX 10.

Kanehara (21-11-5) will make his debut in front of his home country. In his last outing Kanehara lost to Toshiaki Kitada at DEEP: 66 when he threw him from the ring and was disqualified. Prior to that DQ loss, the 31-year-old was riding a six-fight winning streak.

There is no word as to where the Caceres vs. Kanehara bout will take place on the UFC Fight Night 52 fight card.

UFC Fight Night 52 goes down September 21 from the Saitama Super Arena in Saitama, Japan. Headlining the event is a heavyweight bout between Mark Hunt and Roy Nelson.