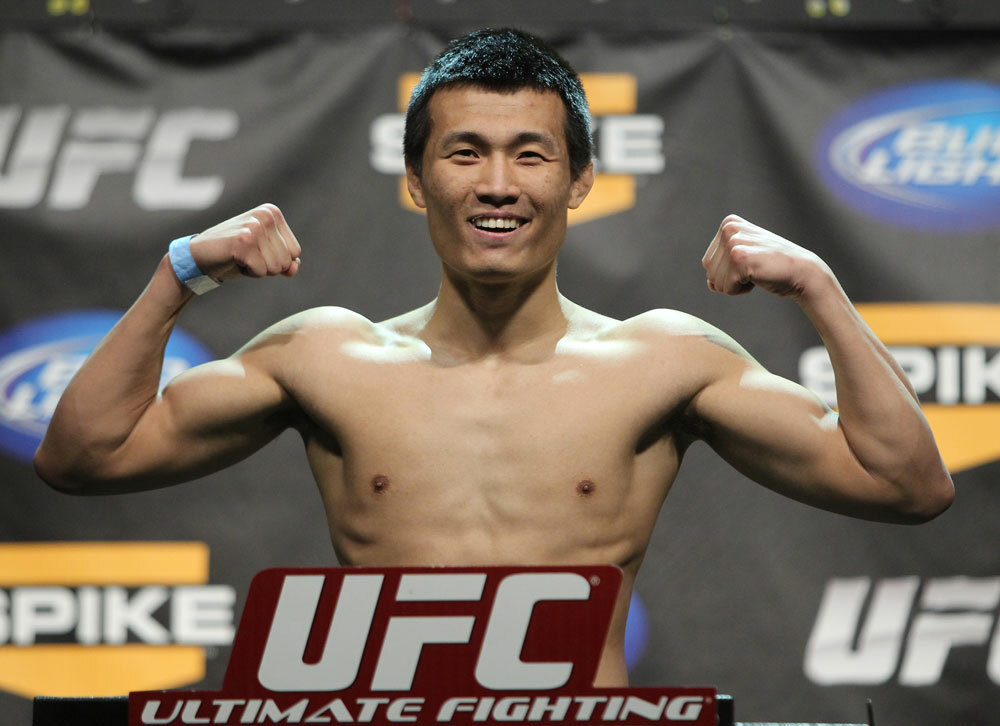 Top featherweight Chan Sung Jung was scheduled to fight Akira Corossani in the co-main event of UFC Fight Night 54 later this Fall, until another injury caused him to pull out of the bout.

‘The Korean Zombie’, has been out for over a year, as he last fought Champion Jose Aldo for the title last August.

Jung suffered a shoulder injury during training, but that’s all that is known for now.

Corossani, is also coming off a TKO loss to top ranked featherweight Dustin Poirier at TUF: Nations Finale last April.  Their fight would’ve put one of them back into the win column, and would’ve put Jung back into “the mix” at 145 pounds.

UFC Fight Night 54 takes place on October 4th, 2014 at the Ericsson Globe Arena in Stockholm, Sweden.  It is set to stream live on UFC Fight Pass with a start date to be determined.  The event is headlined by ranked welterweight Gunnar Nelson taking on former ranked welterweight (until today) Rick Story.