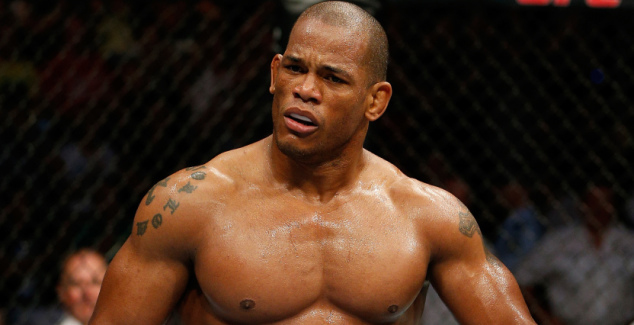 Hector Lombard (34-4-1) has been out of action since March following a dominant win over Jake Shields at UFC 167. This loss would result in Lombard entering title contention along with Shields getting released from the UFC.

Hector Lombard: If #3 is scared to fight me, does that make me move to #3?

Tyron Woodley (14-3) is coming off of a quick first round knockout of fellow contender Dong Hyun-Kim in China. Since Woodley’s victory, Lombard has made it no secret that is who he would like to see next. Lombard has sent multiple call-outs Woodley’s way, but Woodley has essentially shrugged off the comments of his former teammate.

“We’re not friends… He just comes to use the gym. He doesn’t even live here. It’s not a difficult decision at all, said Lombard of Woodley.

Lombard hasn’t given up yet, taking to Twitter with yet another call-out.

According to Tyron Woodley, ‘no strap, no scrap’ with his former teammate Hector Lombard.

Dana White has made it clear they want Hector Lombard to headline their next show in Australia, which takes place on November 8. Though a match-up with Tyron Woodley doesn’t seem likely at this point, anything is possible.