Prize Fighting Championship, a premiere MMA (Mixed Martial Arts) promotion, announces their next event and a hybrid entertainment event combining both a live professional MMA event with a live first-class concert experience. PFC 7: Rock N Rumble is scheduled to take place on November 21st, 2014 at the National Western Complex in Denver, CO. The event will feature a 13-bout fight card of professional MMA as well as a live concert from platinum recording artists P.O.D.

Prize Fighting Championship have successfully held events in Denver at the University of Denver’s Magness Arena and Denver’s Paramount Theatre as well as events in both Texas and North Dakota. PFC is also Colorado’s defending Promotion of the Year as voted by a panel of MMA experts in the Best of Colorado MMA Awards.

“I want people to come to our event to see a complete night of entertainment, not just to watch MMA. I want this to be an experience unlike any other where the fans have a lasting memory to take home with them. In our current economy money is tight and PFC wants their events to be worth both their fans time and money when they choose to spend their night with us,” said promoter Seth Daniels.

No stranger to the spotlight and big events, former UFC Heavyweight Interim Champion and now Prize Fighting Championship COO Shane Carwin added, “It is exciting to have two great events for one low price.”

PFC 7: Rock N Rumble will feature a 13-bout fight card and one of the most talented matchups ever put together for a PFC event. The Main Event will feature recent free-agent and UFC veteran Chris Camozzi who takes on Bellator standout and current PFC Middleweight Champion, fellow Middleweight Jeremy Kimball. This will be Camozzi’s first bout in his home state since 2009 after competing 12 times in the UFC over the past 5 years.

The complete 13-bout fight card is as follows: 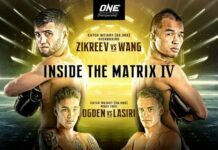 ONE: Inside The Matrix IV Card Announcement 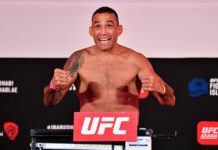