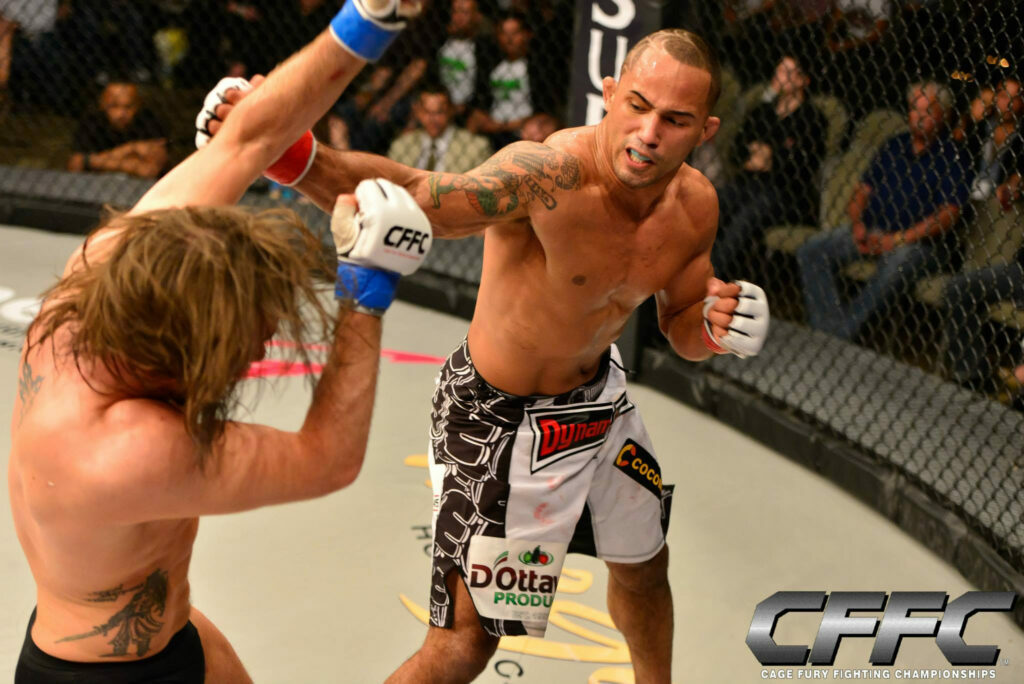 Cage Fury Fighting Championships (www.cffc.tv), the first Mixed Martial Arts (MMA) promotion in history to adopt instant replay in New Jersey State seven years ago, will also be the first to bring it back to The Garden State, at its world championship quadruple-header event headlined by a welterweight (170 pounds) title showdown between undefeated, reigning champion Jonavin “The Spider” Webb (7-0) of Marlton, N.J. and superstar Lyman “Cyborg” Good (16-3) of New York, N.Y., live on pay-per-view on Saturday, November 1 from the Borgata Hotel & Casino in Atlantic City.

“Athletes who compete in MMA and boxing are certainly deserving of having errors corrected, right then and there, like other athletes in other sports that use instant replay,” said New Jersey State Athletic Control (NJSAC) Board Commissioner Larry Hazzard, an International Boxing Hall of Fame member who, as commissioner in 2001, helped draft the Unified Rules of MMA and played a central role in New Jersey’s adoption of MMA as a regulated sport that year.

“MMA and boxing are elite professional sports,” continued Hazzard, “as well as individual sports where young men and women rarely get a second opportunity at the big chance so, if you have a referee who makes an error in a world championship fight and it costs the athlete a title, that athlete rarely gets another opportunity, unlike in team sports.

“We are excited to usher in a new era in the sport of MMA in New Jersey with the restoration of instant replay, thanks to Commissioner Hazzard, who has been one of MMA’s biggest advocates for many years as well as a tremendous leader in combative sports,” said CFFC President Rob Haydak.  “With the use of instant replay, all CFFC athletes can receive a fair shake in competition in our cage.”

During Hazzard’s initial tenure as commissioner, CFFC, under its previous ownership, was also the first MMA promotion in New Jersey State history to adopt instant replay at its third-ever live event on Jan. 19, 2007.

Following Hazzard’s return to the role of commissioner last month, NJSAC Board members voted on Oct. 16 to restore the use of instant replay at MMA events.

Cage Fury Fighting Championships (CFFC) 43 will be distributed at a price point of $19.95 in The United States by Go Fight Live (GFL), in association with Integrated Sports Media, for live viewing, beginning at 8 p.m. EST/5 p.m. PST on November 1, both on cable via iN DEMAND, as well as online at www.gfl.tv.

In the co-main event, two furious, aggressive-minded finishers in Ronald “Choirboy” Stallings (12-4) of Belcamp, M.D. and Tim “The South Jersey Strangler” Williams (9-1) of Millville, N.J. will face off for the vacant CFFC world middleweight (185 pounds) crown.  To date, both fighters have claimed all of their professional victories by way of (T)KO or submission.

In other world championship action on the live televised main card, Jimmie “El Terror” Rivera (14-1) of Elmwood Park, N.J. will look to secure his 14th consecutive victory when he collides with fellow star Anthony “The Death Dealer” Durnell (11-3) of Pittsburgh, Penn. for the vacant CFFC bantamweight (135 pounds) crown.  Durnell is aiming for his 4th straight win.

CFFC World Heavyweight Champion and heavy-handed KO artist Zu “The 8thWonder of the World” Anyanwu (7-2) will put his strap on the line against Brazilian Jiu-Jitsu brown belt Plinio Cruz (6-5) and, in the first live, televised bout, rising starsJonathan “The Devastaor” DelBrugge (5-1) of Ellicott City, M.D. and Jordan Stiner (8-1) of Hatfield, Penn. will lock horns in a lightweight (155 pounds) contest.

A live pre-show featuring six preliminary card bouts will begin at 6 p.m. EST/3 p.m. PST, and will be available exclusively online at www.gfl.tv.