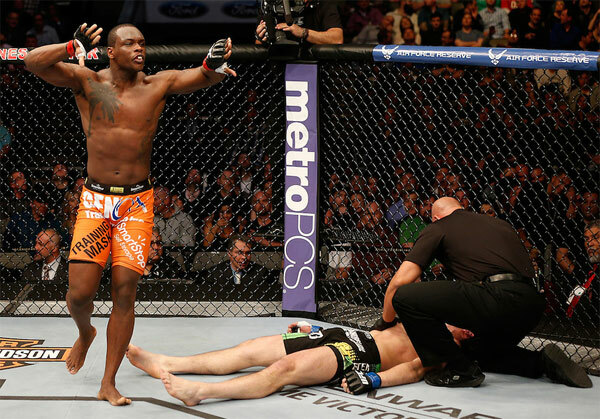 St. Preux (16-6) is a veteran of the Strikeforce promotion and has a record of 4-1 since joining the Ultimate Fighting Championship in 2013. He started off his run a perfect 4-0 with wins over Ryan Jimmo, Nikita Krylov, Cody Donovan and Gian Villante. In his latest outing he lost a unanimous decision to Ryan Bader in Bangor, Maine back in August of this year. Of his 16 wins, 12 come by way of finish.

Rua (22-9) is a 12 year vet of the sport and a veteran of both the UFC and Pride. Shogun is coming off a TKO loss to Dan Henderson in Brazil back in November. Shogun dominated most of the fight before getting stopped in the third round. This fight earned he and Henderson a ‘Fight of the Night’ bonus. Before this loss he knocked out James Te Huna in the first round of their contest back in December. This knockout earned him a ‘Knockout of the Night’ bonus. Of his 22 wins, 20 come by way of finish. 19 by knockout.

This fight will be the main event of the evening.

UFC Fight Night 56 is set to take place on November 8 at the Ginásio Municipal Tancredo Neves in Uberlândia, Brazil.