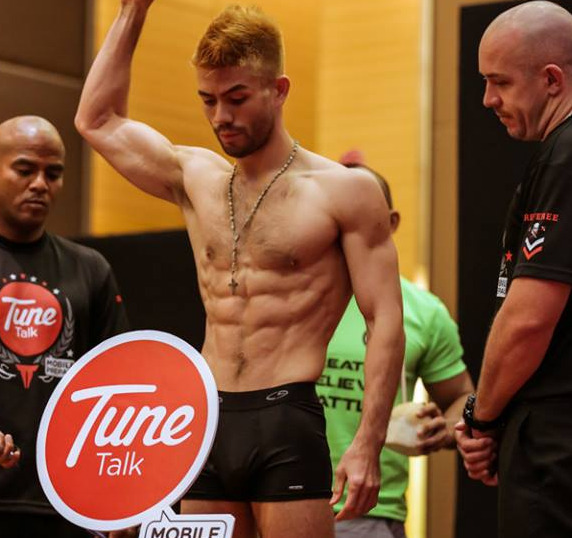 Submission ace Mark Striegl (13-1) was a Featherweight for years but after opting to fight at 135-lbs in last week’s submission victory over Kaiwhare-Kara France at the MIMMA 2 Finals, he’s certain that’s where his future will be.

On the heels of a long layoff, Striegl admitted he contemplated a move down in weight well before his fight against France came to materialization.

“I’m here to stay at Bantamweight; this is where I feel the most comfortable,” the 26-year-old told MMASucka.com. “Fighting at Bantamweight was actually the plan since the beginning. My first pro fight was closer to this weight.”

A win over France was exactly the sort of statement Striegl needed to make too, especially after a tough loss in his PXC 39 title bout in September last year. While it was a bitter pill to swallow, the Filipino-American feels he has gotten past it.

“I’ve put it behind me and [I] am looking forward to the future,” he said. “Losses can either break you or make you stronger and I’ve decided to learn from it and move forward.”

In his stint at 145-lbs, Striegl notched notable victories over Bae Yong Kwon and Yusuke Kawanago, and also picked up submission triumphs over the likes of Strikeforce veteran Harris Sarmiento, ONE FC contender Ev Ting and former PXC champ Cristanto Pitpitunge among many others.

However, even with the stellar run and the benefits to carrying a few extra pounds around, Striegl, though, was under no illusions of where he was best suited.

Moreover, the Borneo Tribal Squad native knows he has to start at the bottom and work his way up the ladder in a new division, but he’s more than willing to put in the effort to get there.

Strangely enough, Striegl has never won the big one, a title strap, in a career that has spanned over numerous regional promotions. And that is why he is still stuck to his current set of goals– the most prominent of which is to become a champion in whatever organization he ends up with, next.

“The fight with MIMMA was a one-fight deal. I’ll be discussing with my manager and team on what’s next,” he added. “I know that every fight is kind of a must win situation, but I try not to put that extra pressure on myself.”

“I am still looking to win a world title in this sport and represent the Philippines at the highest international level.”