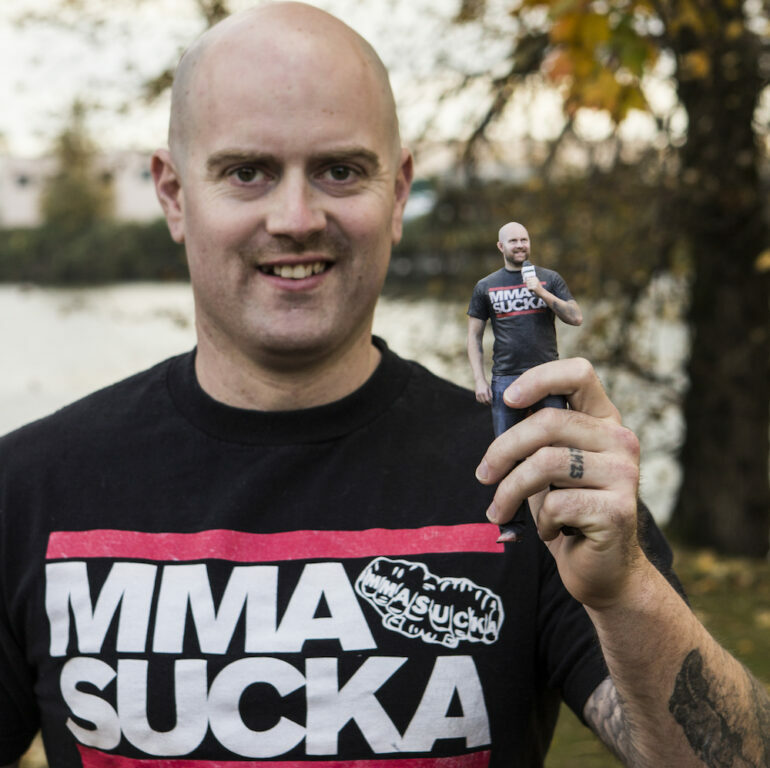 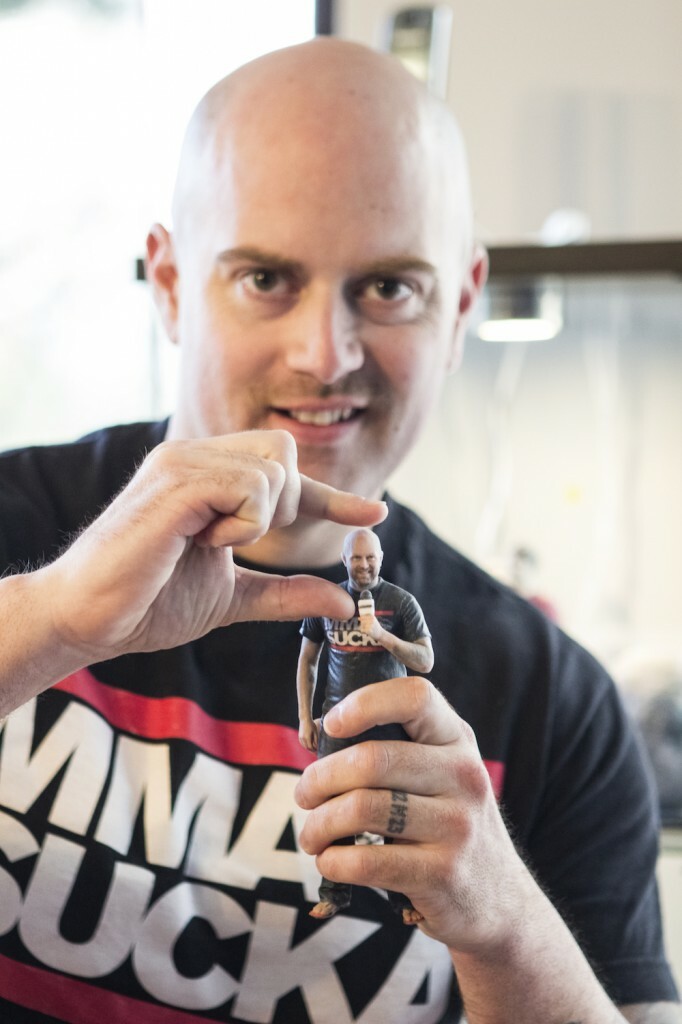 Growing up, did you ever dream of having your very own action figure? When I was a kid — playing with G.I. Joe’s and WWE figures, there was always that thought in the back of my head, could this be me one day? Well, Mini-Me at Corbel 3D have now made this possible.

You don’t have to be a famous professional athlete anymore to be on the shelf in your man cave — yes, it may be a little odd to look at yourself, but it’s also super cool.

Corbel is located in Vancouver, British Columbia and they have created their own custom-built photogrammetry 3D scanner that makes it possible to capture a full 3D scan in the blink of an eye. I was lucky enough to have a go with the scanner and it was definitely an experience.

“3D printing has actually been around for ages, it initially started in the 1980’s,” said Marketing Director Patrick Wirt. “Only recently is when it really started to pick up its momentum and its capabilities of what it can do. Within the past couple of years, they found out that they can print in 3D and they can capture all sorts of contours and angles that they were never able to do before.

“We’ve taken that technology to do all sorts of different things. We started with doing architectural modelling back in Edmonton, but then we found a new way to really capture this technology and it’s by capturing a person. Using photogrametry scanning we can capture every detail and create something that’s never been done before. It’s the first time in Canada.”

The company uses two different types of 3D printers in order to make the scans as advanced as humanly possible.

“We have revolutionary technology, so we can capture you in 3D using 96 DSLR cameras and then render you into a 3D image, then print it off using one of the most advanced 3D printers on the marker.”

The scan was as precise as one could ask for. They don’t only do single scans, but if interested, they do couple sessions, family and group sessions and even pets. The scanner is comprised of 96x Canon DSLR cameras in a 360 degree array, capable of capturing extremely accurate, high resolution, full colour 3D images.

The MMA community has seen plenty of action figures when it comes to their favorite fighters, however the detail of Mini-Me is like nothing you have never seen before. From the t-shirt you’re wearing, to your belt buckle — the attention to perfection is always there.

In Vancouver and the surrounding areas there are plenty of amateur and professional mixed martial artists that might not necessarily have the opportunity to ever have an action figure made after them. Well, guess what? Corbel has you covered and you will look better than the UFC one’s on the store shelves.

“When someone comes in, we tell them to strike the pose that they’re going to look best in,” Wirt told MMASucka.com. “Be creative and there’s all sorts of different stuff that we can do. If you want to do it with a buddy, we get you just to liven it up. You can do a little sparring, don’t break anything, and then when we have the pose we move you into place and keep you in that pose and capture it. We can do rapid fire scans and just pick the pose that looks the coolest.”

Fighters generally take home a decent purse following a victory — if they are professionals. However, the majority of fighters on the local scene, here in Vancouver are amateurs, so the only money they tend to see is from sponsors. As Wirt said, the scan will capture everything, this would include the smallest of logos on a fighters shorts.

“The logo will appear. The smaller model it will show, but the bigger they get the more detail will show. Definitely, logos will show.”

Not only could you have yourself scanned, but an organization could have their very own cage or in the UFC’s case — Octagon scanned as a 3D image and printed to show off in their office.

“We can capture still objects, if they’re not moving it’s really easy to capture, but it just takes a little bit longer to do. We can do that using photogrametry scanning, where we just use a single camera to capture every angle. Or we can use a laser scanner to capture all those angles as well. Same idea, we create a 3D image and then we can print it off.

With the holiday season just around the corner, what better gift to give than a 3D scan? You could have yourself scanned for a Christmas ornament, or give the gift of the scan as an experience for a loved one.

If you are interested in getting a Mini-Me version of yourself or one of your loved ones, then head over to Mini-Me.ca. Use our exclusive coupon code ‘MMA15’ to get yourself 15% off your first scan.