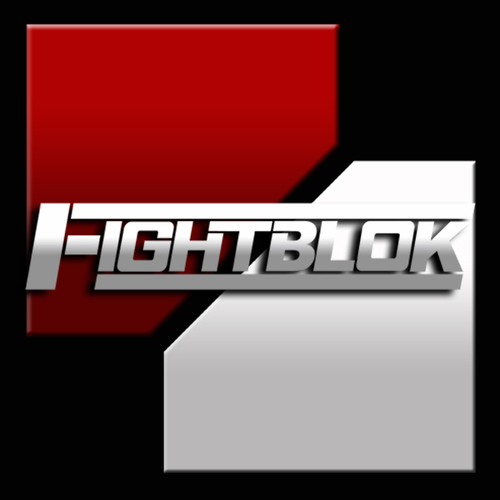 Anthony Savelio and Hosea Kim are two Las Vegas residents with visions. Created in 2012, the organization puts on successful local grappling tournaments in Las Vegas. That was only the first step. In August of this year, they held their first “Fightblok Pro Invitational: Grappling and Jiu-Jitsu series.” Talented grapplers were scouted and chosen to compete on a stage, under the lights, with an audience watching and cheering them on.

Anthony and Hosea talked to MMASucka.com about their organization – a platform to promote Brazilian jiu-jitsu and grappling at its best.

“Fightblok is looking to expand the sport of grappling and BJJ to showcase upcoming and current talent,” Hosea explained. Both grapplers themselves, they had started a non-profit youth MMA program at Richard Steele’s boxing gym.

“We taught leadership life skills, anti-bullying, and gave them a positive outlet to stay away from substance abuse and gang related activities thru self-defense MMA and physical fitness,” Hosea said. They taught basics of MMA, and focused a lot on ground technique.
“We produced over 70 students in a few months,” Hosea said, adding that they received recognition from the UFC for charitable work.

Anthony described the creation of the tournaments.

“Then we thought, ‘Hey these kids have been training. When are they ever going to test it out?’ So we decided to put on an event at the boxing gym and invite everybody from other gyms, too. It turned out amazing.”

The term ‘Fightblok’ came to Anthony suddenly. “We worked with so many amazing kids. A lot of them just don’t have the opportunities that most outside of the inner-city did. I thought of them hanging out on the “street block.” At the end of practice, I wanted to have a team cheer that we could shout. It just came into my head to say “Fightblock!” Fightblock with a ‘c’ was taken already, so I knocked out the ‘c’ and spelled it with a ‘k’ when I applied for a license.”

Fightblok has cooperated with local Las Vegas gyms, too, such as Syndicate MMA, Drysdale BJJ, Xtreme Couture, and The Pit Vegas, to host the open tournaments for everybody, kids and adults. “We continue to build a strong following and have expanded past doing events at gyms,” Hosea said.

The Fightblok brand will grow and evolve. “We wanted to start off doing grappling and jiu-jitsu tournaments, get our feet wet, and eventually move it into a Metamoris-type arena, which is what we’re doing now,” Anthony said. “Fightblok will also be putting on MMA shows and Muay Thai shows in 2015.”

So far they’ve stayed in Vegas, but in early 2015, they plan to expand and hold events in various states across the US, even in Europe. Their last two events have been adult Professional Invitational shows, but they’ll continue with tournament-style next year. Fightblok plans to cooperate with BJJ guru Robert Drysdale to put on tournaments under the “NVBJJF,” the Nevada Brazilian Jiu Jitsu Federation.

They get their fighters for the Pro Invitational from scouting gyms and other tournaments, and just being in the game. “There are a few organizations I like to go and watch,” Anthony explained. “I like IBJJF, NAGA, Grappler’s Quest, to name a few.”

Fightblok is proud to be sponsored by the popular MMA clothing company Cauliflower Culture for their upcoming event: “Fightblok Pro Invitational II, Sat. Nov 8th at the Westgate Las Vegas Resort and Casino. The main event is Kyle Griffin vs Jeffrey “The Bullet” Roman. Kyle, fighting out of Zenith, is a decorated wrestler out of Oklahoma State University now teaching at Xtreme Couture, plus an MMA fighter. Jeffrey is a JC All-American Wrestler from Florida who also has MMA experience. Ultimate Fighter season 18 competitor Roxanne Modafferi will be facing talented grappler Leilani “The Turtle” Esteban. The card includes many more set matches, plus two four-man tournaments.

There will be a “meet and greet” for these competitors open to the public held at Greens and Proteins, a health food restaurant at 8975 S Eastern Ave, Las Vegas, right off of highway 215. It’ll take place from noon to 4 PM on Wednesday, November 5th.

“The idea is to give mainstream fans an opportunity to talk to the competitors. Everybody knows about it. But not everybody is educated on it,” Anthony explained. “A lot of MMA fighters come from a strong jiu-jitsu background. What I want to accomplish with this meet and greet is for people to see ‘Here is the base. This is where it begins.’”

Why do all this?

“I do this because I love it and fortunate enough to be able to,” Anthony said. “I love the spirit of competition. I would like to do things for up-and-coming people.”