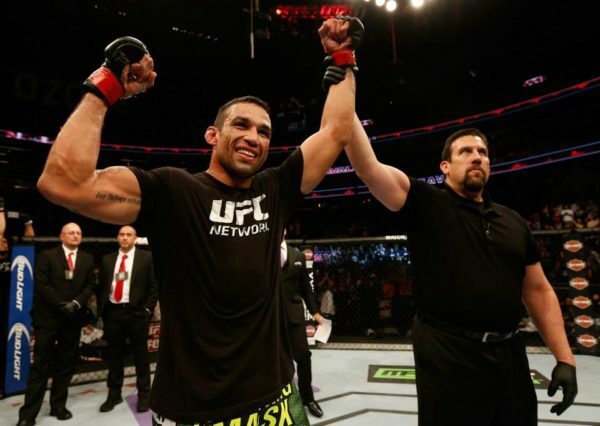 Check out our biggest winners and losers from UFC 180 below.

Fabrício Werdum was expected to take on Cain Velasquez in the UFC’s debut in Mexico, but Velasquez suffered an injury and was replaced by Mark Hunt. Werdum came into UFC 180 on a four-fight win streak and off of one of the most dominant performances of the year against Travis ‘Hapa’ Browne. Werdum was a large favorite, but most knew the power that Hunt possesses could knock out anyone. The Brazilian felt that power in the first round and was dropped early and lost the first round. The second round would go quite differently and Werdum would surprise many. Werdum was the favorite to win, but very few people would have predicted him to knockout the 2001 K-1 World Grand Prix Champion. That was exactly what he did. Werdum picked up the victory by TKO at 2:27 of Round 2 with a spectacular flying knee followed up by a barrage of punches. The 37-year-old became the Interim UFC Heavyweight Champion and will get his chance to prove he is the best heavyweight in the world when he takes on Cain Velasquez to unify the titles in 2015.

Kelvin Gastelum came into UFC 180 with a perfect 9-0 record and was set to take on his toughest test to date in the top 10 ranked Jake Ellenberger. Gastelum is the son of Mexican immigrants and was given a big spotlight as he was in the co-main event of the UFC’s debut in Mexico. The ‘TUF 17’ tournament winner got caught by ‘The Juggernaut’ early, but would weather the storm and ultimately get the rear-naked choke submission victory at 4:46 of Round 1. At just 23-years-old, Gastelum is easily one of the biggest prospects in the UFC. This victory will certainly put him in the top 10 of the UFC welterweight rankings and will get him a very high profile fight next.

Ricardo Lamas came into UFC 180 off of a decision victory over Hacran Dias back in June. Lamas was set to take on the streaking Dennis Bermudez. It was crucial for Lamas to pick up the victory if he wanted to get back into title contention after being soundly defeated by UFC Featherweight Champion José Aldo earlier this year. ‘The Bully’ mad quick work of Bermudez as he picked up the guillotine choke victory at 3:18 of Round 1. Lamas snapped Bermudez’ seven-fight win streak and earned his second straight victory and cemented himself as a top 5 featherweight. Although it will probably take a couple more victories to earn another title shot, Lamas took another step in the right direction at UFC 180.

Jake Ellenberger entered UFC 180 on a two-fight losing streak and was set to take on the up-and-coming Kelvin Gastelum. Ellenberger was in a must win situation if he wanted to remain in the top 10 of the welterweight division. Ellenberger would have another unsuccessful outing for the third straight time. ‘The Juggernaut’ had some early success, but came up short and was submitted in the first round. The Reign Training Center welterweight is on the worst streak of his career and will likely drop out of the top 10 and look to finally pick up another win in his next fight.

The UFC had the perfect plan coming into UFC 180. Cain Velasquez was going to defend his UFC Heavyweight Championship against Fabrício Werdum and the growth of MMA in Mexico was going to be huge. Injuries would drastically impact the original card that was set to take place. A few of th biggest Mexican draws on the card were hurt and removed from the card including Cain Velasquez, Diego Sanchez, and Érik ‘Goyito’ Pérez. The main card quickly became a shell of what it was supposed to be and the majority of fans believed it was not worth the price of a pay-per-view. This was important because both Bellator and World Series of Fighting were holding an event at the very same time. Not just a regular event for those two promotions, but events that, on paper, were some of the better ones of recent memory for each respective promotion. The numbers are unknown at this time, but two solid MMA cards on free television may significantly impact the numbers of a less than stellar UFC pay-per-view.