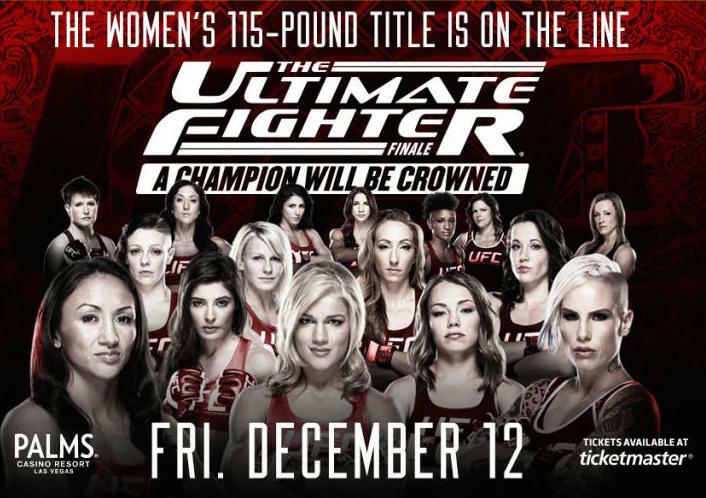 The UFC is spoiling us with two events this weekend, both have high stakes involved. Kicking off the weekend with a bang, the TUF 20 Finale takes place on Friday, Dec. 12 and the winner between TUF finalists Rose Namajunas and Carla Esparza in the main event will be crowned the inaugural strawweight champion.  The event takes place live from the Pearl Concert Theater at Palms Casino Resort in Las Vegas.

The following night on Dec. 13 US Airways Center in Phoenix plays host to the stacked UFC on FOX 13, headlined by an anticipated heavyweight war between Junior dos Santos and Stipe Miocic.  Also featured on the card, Raphael dos Anjos welcomes Nate Diaz back to the Octagon and Alistair Overeem takes on Stefan Struve in a heavyweight clash.

On the UFC on FOX 13 card three out of four main event bouts are heavyweight fights, which means only one thing: knockouts, knockouts, and more knockouts.  I’m pretty sure the main event dos Santos vs. Miocic, Overeem vs. Struve and Gonzaga vs. Mitrione will all be finished.  It’s not just the main card though, I predict several great scraps and finishes on the prelim card, as well.  For example, I see John Moraga having an easy night out picking up a submission win mid-fight.  We all like finishes, so watch UFC on FOX 13!

Lots of scraps at the TUF 20 Finale

You can always count on seeing scraps between women fights, and that’s we’re getting at the TUF 20 Finale.  Most of the fights on the card are women’s fights, with the headliner being Esparza vs. Namajunas for the strawweight title.  I suspect the pick for ‘Fight of the Night’ will be very hard to decide for UFC officials, but don’t expect all fights to go the judges.  I definitely expect a few finishes, despite them being 115lb women.