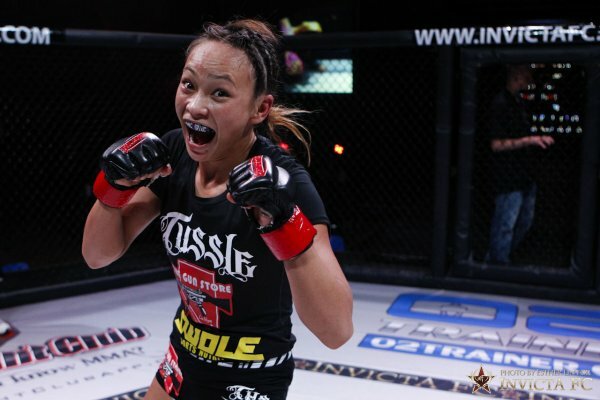 This is the final episode of Sucka Radio for the year that was — 2014.

On this episode we will air a few of our favorite interviews, along with a recap of the year and a preview of the first card of 2015, UFC 182.

The best of interviews include:

Michelle Waterson: Prior to her Invicta FC 8 bout with Yasuko Tamada, “The Karate Hottie” talk about how she went from ring card girl to MMA superstar, defending her Invicta FC Atomweight Championship, her thoughts on the partnership with the UFC, her favorite action move and much more.

Josh Gow: TUF winner Julianna Pena was injured in a freak training accident and we were the one and only outlet to find out what happened from the training partner of Pena, Josh Gow. He opens up about the injury that occurred while training with Pena, his thoughts on Dana White’s comments, training with women and more about his MMA career.

Ian McCall: “Uncle Creepy” was expected to take on John Lineker in Brazil earlier this year, but unfortunately was forced to pull out on the day of the fight. Before the viral infection occurred, McCall spoke to Sucka Radio about the fight with Linker, number one contender status, what he wants to do against Demetrious Johnson in a third outing and more.

Ryan Jimmo: Even though this interview went down very recently, Jimmo opened up to Sucka Radio in a way not many do. He spoke very candidly about the lawsuit against the UFC, fighter pay, a possible fighter union and much much more.

Rounding out the show, is one of MMASucka.com’s original contributor’s and now MMA Kanvas writing talent, Justin Faux. “Fauxy” stops by to go over the 2014 news from the world of MMA, as well as breaks down UFC 182.

As always you can you can listen to Sucka Radio on Stitcher HERE, iTunes HERE, TuneIn HERE and on MMASucka.com HERE.

All that and more brought to you by our good friends at Onnit. Make sure you head over to Onnit and get yourself 10% off with the coupon code “MMASUCKA”