Titan FC 33: Night of Champions is set for March 20th, 2015 at the Aeroplex at Brookley in Mobile, Alabama.

MMASucka was informed by the organization that the event will have four title fights on the card. Whom those champions will be are not known at this time.

There’s also a strong possibility that former Strikeforce and UFC veteran, Pat Healy and for TUF contestant and WSOF fighter, Cody Bollinger will be making their Titan FC debuts on this card.

A bantamweight inaugural title fight between Walel Watson and Brett Johns has been planned for some time, and will very likely take place at Titan FC 33.

This is a very important event for not only Titan, but for the wounded veterans who have put their lives on the line to protect our freedom.

The Mobile Aerofest will be a weeklong event featuring live music, amazing displays of art and the best food the south has to offer. There are so many great organizations that will benefit from this festival. The fights will take place in an airport hangar and will be televised on the CBS Sports Network. You can find more information by visiting www.aerofest.org and www.foralltherightreasons.com. 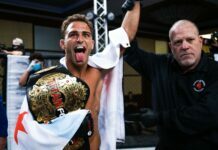 Titan FC Champ Danny Sabatello: ‘My Sights Are On the UFC’ 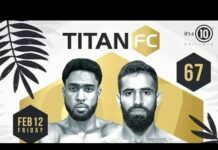 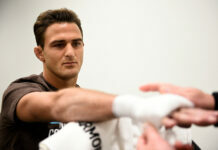