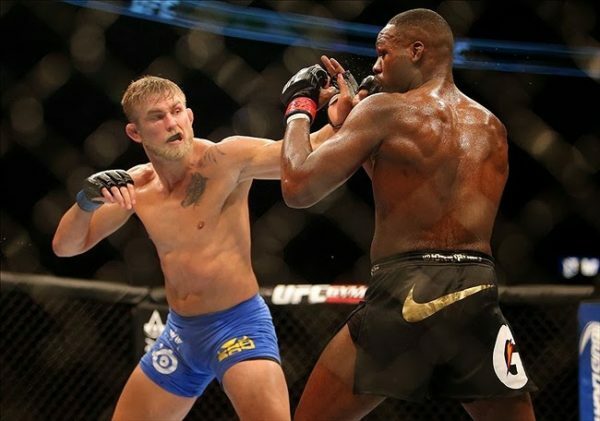 According to UFC President Dana White, light heavyweight champ Jon Jones will likely defend his title in May against No. 1 contender Anthony Johnson.

White today told the Jim Rome Show the promotion is working on putting the title fight together for that time-frame, which likely would place it in the headliner spot of the month’s major pay-per-view event, UFC 187, which falls on Memorial Day weekend.

Jon Jones vs. Anthony Johnson for May, possibly UFC 187

UFC 187 is expected to take place May 23 in Las Vegas, though a venue has not been announced.

Jones (21-1 MMA, 15-1 UFC), 27, is attempting his ninth title defense. Johnson (19-4 MMA, 10-4 UFC) sealed his title shot this past Saturday when he stopped onetime title challenger Alexander Gustafsson in the headliner of UFC on FOX 14.

Earlier this month, Jones unanimously outpointed Daniel Cormier at UFC 182. Afterward, he went to rehab after it was revealed he flunked an out-of-competition drug test for cocaine metabolites. He was subsequently fined $25,000 for violating the UFC’s code of conduct.

White said that while Jones spent only one day in rehab, and Jones said he simply made a “dumb” decision, he is continuing to see counselors as part of outpatient treatment.

“He went for a 24-hour evaluation,” White said. “When the 24 hours was up, they said, you are not an addict. But my thing was, if you’re doing that four weeks before the biggest fight of your life, there’s some type of problem there.

“He’s doing outpatient counseling; he’s talking to counselors. This kid has so much talent – it’s always the guys with so much talent that you go, why are you doing this? I want to help the guy.”

Meanwhile, White gushed about Johnson’s recent performance and the matchup with Jones.

“I think (Johnson’s) gameplan is going to be exactly the same,” White said. “If you look at how he went in there and cut off the octagon and went right after (Gustafsson) and started dropping bombs on him, I think that’s what he’s going to try to do to Jones.

“The difference with Jones is he has many, many tools. He’s good at kicking that front leg, he’s got spinning elbows, and he’s got the range and the distance. It’s a very fascinating fight.”