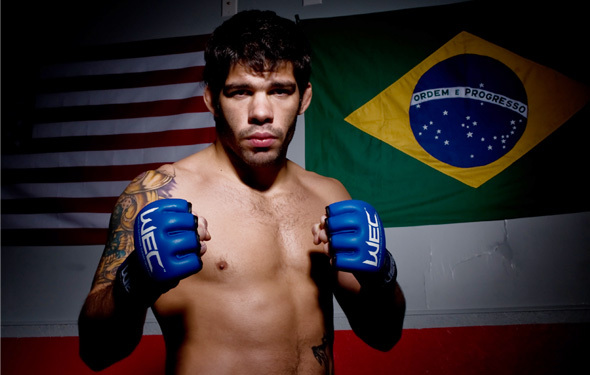 Twelve days after the announcement of a rematch between Urijah Faber and Raphael Assuncao as the main event of UFC Fight Night 62 in Brazil on March 21, the Brazilian bantamweight is out of the bout.

MMAFighting.com confirmed the news following a report by Combate.

According to sources close to the situation, Assuncao wouldn’t be able to recover in time from his ankle break he suffered earlier this year. The UFC is still working on getting a new opponent for “The California Kid”.

Faber and Assuncao fought for the first time in 2010, and the Team Alpha Male fighter tapped the Brazilian in the third round at WEC 46. Assuncao is 7-0 since dropping to 135 pounds, while Faber went 9-3 with all of those losses coming in UFC title bouts against Renan Barao (twice) and Dominick Cruz.