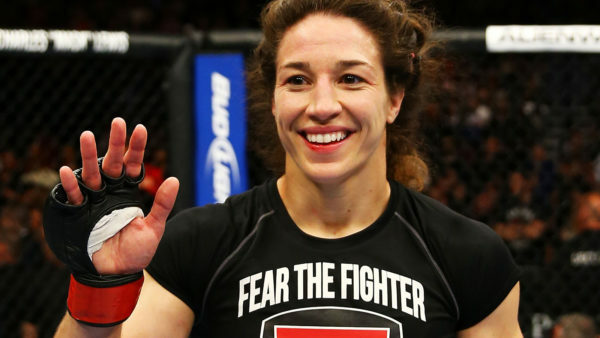 It’s the start of a new month and with it comes some very intriguing MMA fights. We are here to look at the best prelims that the month of August has to offer and there are some good ones. August has a total of three UFC events, which include UFC 190: Rousey vs. Correia, UFC Fight Night: Teixeira vs. Saint Preux, and lastly UFC Fight Night: Holloway vs. Oliveira. So with that being said, check out our top five prelims for the month of August below.

Flyweight bouts typically are placed lower on the card and that is exactly what happened with this fight. It is by no means a main card worthy fight on paper, but it surely can deliver a fun fight for the fans. Chris Beal is a ‘The Ultimate Fighter 18’ alum and was very vocal about his knockout power and skill on the show, but ultimately loss to the eventual winner Chris Holdsworth. In Beal’s UFC debut, he had one of the best knockouts of the year as he landed a perfect flying knee on Patrick Williams. His opponent is Chris Kelades who pulled off an upset against Paddy Holohan in his UFC debut, but has since loss to Ray Borg. Both guys are coming off of a loss and will show desperation to get back into the win column to ensure their spot on the UFC roster. It is on the ‘UFC Fight Pass’ prelims for UFC Fight Night 74 and is one that fans should check out as it makes the list as our fifth best prelim for the month of August.

Another flyweight bout makes our list, but this is a much higher level one. Dustin Ortiz was originally supposed to fight Ian McCall, but ‘Uncle Creepy’ was forced out of the fight with an injury and was replaced by Willie Gates. Ortiz has shown some real potential and that he can be a future title challenger within the flyweight division and this will be another good test for him. Ortiz is coming off of a loss to Joseph Benavidez who is widely considered the second best the division has to offer. Willie Gates has proven to be no pushover either as he gave former title challenger John Moraga a tough out in his UFC debut then bounced back with a first round TKO victory over Darrell Montague less than a month ago.

This is one of a few prelims in August to feature two ranked fighters. Both Rafael Calvacante and Patrick Cummins are ranked within the top 15 of the light heavyweight division and this is an important match-up for the two. Both guys are also coming off of a loss and a win is necessary to stay amongst the top of the division. Calvacante hasn’t been his best as of late, but is still a fighter to watch as all 12 of his wins come by way of knockout. Cummins is still most known for the feud he had with Daniel Cormier, which allowed him to get into the UFC, but his skills should not be overlooked and he proved that with three straight wins in the UFC before losing to Ovince Saint Preux. The fight could very well end up being a grappling match, but if it does it should still be a fun fight as both guys are very skilled when it hits the mat.

This is a high profile women’s bantamweight match-up and for some reason it is on the prelims of a fight night card. Although she lost two of her last three fights, the former title challenger Sara McMann is still amongst the very best in the division and has the best wrestling that the division has to offer. Her opponent Amanda Nunes is also among the top of the division and is one of the most aggressive fighters it has to offer with all of her wins coming by way of stoppage. It’s one of those match-ups where each fighter’s game plan is pretty clear and it will be fun to see who is able to execute their game plan better and come out victorious.

This fight is fantastic. Demian Maia is a real veteran and every time people think he is done and count him out he ends up putting on a spectacular performance like he did his last time out against Ryan LaFlare. Maia is one of the most gifted grapplers in all of MMA at any weight class and has faced the best multiple divisions have to offer. Neil Magny on the other hand is an up-and-comer who is currently riding an impressive seven fight winning streak. It is without a doubt Magny’s toughest test to date as he is taking a huge step up in competition, but is one he is embracing. Magny has the advantage in the striking department, but Maia has the advantage in the grappling department, which should make for some interesting exchanges and is the reason why this tops our list as the best prelim for the month of August.