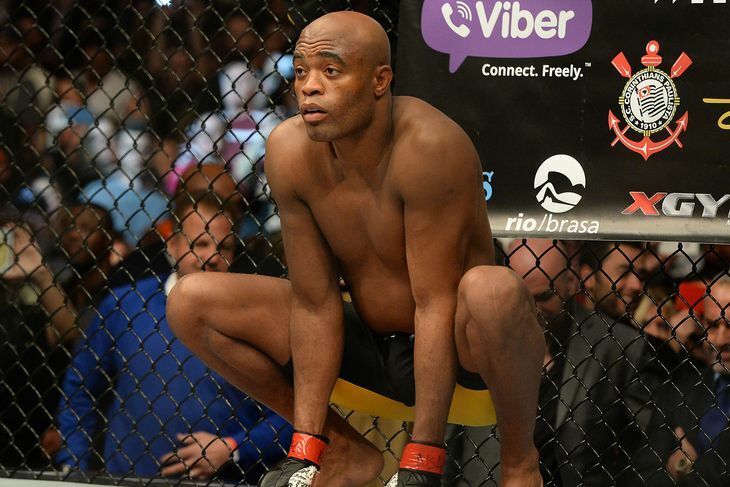 Given how his hearing played out, Anderson Silva must have expected to waltz in before the Nevada State Athletic Commission, tell a sad story about a man duped by Thai sexual enhancement vials, and walk out with a slap on the wrist and his legacy intact.

So where did Silva go wrong? And what can future fighters do to ensure the best possible outcome when they appear before the NSAC on a drug violation? Read on and find out!

Make sure your witness is credible

Silva’s camp brought Scott in as a doping expert. Scott cited his time working in a UCLA lab and his work with the Agency for Cycling Ethics as credentials. But those credentials (credentials that Nevada deputy attorney general Christopher Eccles wanted thrown out from the start) flew out the window when his testimony rambled and when he was unable to produce documents supporting his claims.

Fill out your forms

NSAC Commissioner Pat Lundvall will set a trap for you. She will first ask if you read/write/understand English. Then she will ask why you failed to account for whatever drug was in your system on your pre-fight questionnaire. Then you will look and feel dumb, and if you are King Mo, you’ll call Lundvall a “racist bitch.”

Obviously, you’re never going to cop to using illicit performance-enhancing drugs the day before a fight. But you may want to own up to using a pair of benzos like oxazepam and temazepam for anxiety and muscle pain.

Be forthright and transparent

Earlier in the commission meeting, boxer Shane Mosley Jr. admitted to using Adderall, under prescription, to treat attention deficit hyperactivity disorder. Mosley was still found liable for the substance found in his system, but he was given a lighter sentence of seven months, informed about the state’s therapeutic exemptions, and praised for his honesty in front of the commission.

Around 11 a.m. local time, NSAC commissioner Anthony Marnell asked chairman Francisco Aguilar if they’d be out by one. Aguilar responded, “I would hope so.” Silva’s portion of the hearing didn’t end until sometime around 2 p.m. local time.

The NSAC commissioners are people who have lives. This isn’t to say a fighter shouldn’t make full use of their time in front of the commission. But if you’re going to take up two hours of the commission’s time, you should make damn sure that you are presenting a clear and concise case. Silva’s case was fill with rambling and pedantry, which was completely unnecessary considering Silva essentially admitted to everything the commission’s tests claimed.

Tell a story you can stick to

The commission eventually questioned Silva about when he was taking the drug, when he arrived in the United States, when his camp started, etc. Silva claimed not to remember exact dates (which is believable), but also seemed foggy about general timeframes. Later on, Ed Soares – who had joined Silva due to “translation issues” and was not actually part of Silva’s team – used an exact date Silva arrived in America. It makes sense that Soares would know specific dates better than Silva, but these are things Silva and his team should have prepared for over the six months between fight and hearing.

You’re liable for what’s in your system

For all of the gong-show aspects of the hearing itself, the Silva camp’s overall defense strategy may have been its biggest mistake. Now, let’s pretend the NSAC has a history of being lenient on fighters who claimed to have taken tainted supplements. Even in that circumstance, would you expect the commission to uphold such leniency for a fighter wantonly taking sexual enhancement pills that he cannot get in his own country?

Of course, this is all moot. The NSAC has a strict liability policy and Silva did not question the veracity of the commission’s tests. Silva’s team might have tried to play the sympathy card by claiming Silva needed the drugs for a medical condition, but Silva’s testimony suggests his use was recreational. The fact that he tried to dodge questions about his use only made it look like he had something to hide.

Silva’s defense would have improved dramatically had he approached the commission like this:

“I fully admit to having taking the benzos. A doctor prescribed them to me to deal with anxiety and back pain. I also fully admit to having steroids in my system. I believe they came from a Thai sexual enhancement pill I received from a friend. Having said that, I understand that as an athlete under license from the Nevada commission, I am liable for everything found in my system. I would like to apologize to the commission, my promoter, and the fans, and hope the commission shows leniency in their decision.”

Instead, Silva and co. wasted everyone’s time and fully earned the commission’s punishment.