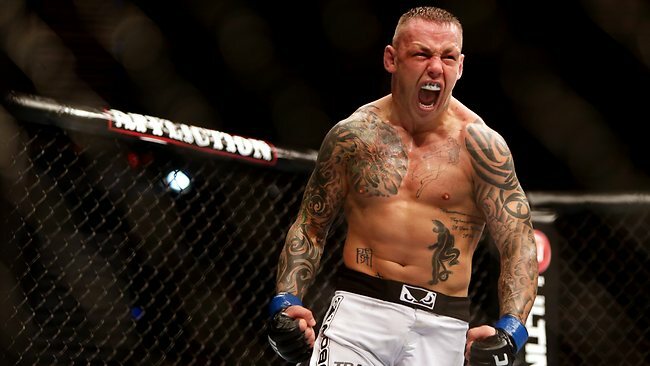 Another new month is upon us and with it comes more UFC events. September is a slow month for the UFC compared to its usual standards for the last couple of years as there are only two total events in the month. The first event is UFC 191: Johnson vs. Dodson 2 on September 5, 2015 and the second event is UFC Fight Night: Barnett vs. Nelson (UFC Fight Night 75). Due to the lack of events, the prelims for this month are not as good as other months, but there are still certainly some that are must watch fights. With that being said, check out our top five prelims for the month of September below.

This isn’t necessarily among the best of the prelims, but due to the lack of events it makes the list. Joe Riggs is a well-known name in MMA and has been around the game for a very long time as he is one of only a few active fighters who have over 55 MMA fights to their name. Just like his last run, this UFC run is not going as he planned as he has loss back-to-back fights. Ron Stallings is coming off of his first UFC win after he lost his first fight in a much more competitive fight than people expected against Uriah Hall. This one may not be going the distance as 48 of their combined 53 wins are by way of stoppage, which could make for a decent prelim.

It is very rare that a women’s MMA fight disappoints the fans and this fight will prove that to be true. At just 23-years-old, Jessica Andrade is one of the biggest up-and-comers in the women’s bantamweight division. This is the second time the two will fight as Andrade defeated Pennington via split-decision the first time around. The first fight was a very exciting one that was in the running for ‘Fight of the Night’. If this fight turns out to be as good as the first one was, then it is certainly a must watch.

Diego Brandao is only in exciting fights and this will be no different. Katsunori Kikuno is a veteran to the sport and will looking to bounce back from a loss, but doing it against Deigo Brandao will be no easy task. Brandao’s super aggressive style makes him one of the most exciting featherweights to watch and is the main reason that this fight made the list.

This is a must watch prelim. John Lineker has caused fits for almost everyone he’s faced in the flyweight division, but his inability to make weight has forced him to move back up to the bantamweight division. Had Lineker made weight his last fight out it would be very likely that he would have gotten a shot at the UFC Flyweight Champion Demetrious Johnson, but that is not the case. Due to him being so highly ranked at flyweight, this allowed him to immediately get a high level fight in his move up to bantamweight against Francisco Rivera. Rivera has looked great as of late and had it not been for an inadvertent eye poke that led to the end of the fight against Urijah Faber, he may have pulled off the upset. This is a fight where both guys like to stand and trade and both can put anyone to sleep as they combine for a total of 20 career knockouts.

This is an amazing prelim. Ross Pearson always comes to fight; Paul Felder always comes to fight and that is all we need. It is very unlikely that either fighter will attempt to take this to the ground and it should make for an exciting stand-up fight, as both guys possess one-punch knockout power and that is why it tops our list for the best prelim of September.